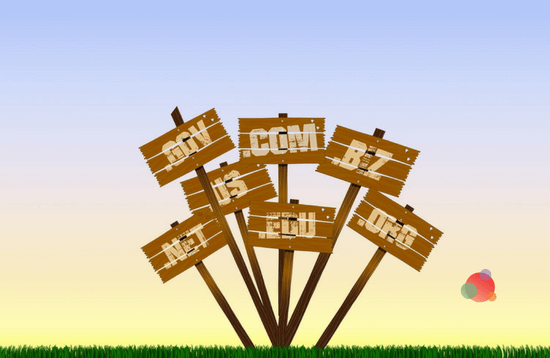 The following is fabricated to protect the innocent.

As an owned media manager, I occasionally receive requests for guest posts on a client’s blog.

I instantly trashed the requests.

It ends up I was mistaken.

I was afraid to even look at the email.

Perhaps I was to blame, but I also believe having honey bear in your name is a potential domain name mistake.

Once again, I am fabricating the name, but the true name is similar.

What was the slogan?

[Fabricated] It’s Best in the Raw.

Who sent the email?

Can you blame me? Was I guilty of stereotyping?

I am just a digitally paranoid guy who tries to do right.

From this point on, I am returning to historical events.

When I received the email, I quickly deleted it.

For some reason, I get relief from “speed deletes.”

It feels the offender leaves less of an inbox imprint when I delete quickly.

My fear is that these unwanted emails will exponentially replicate, and one day Gini Dietrich will ask me why I have 10,000 emails from overseas asking if I want (fill in the blank) clogging up the work server.

And as I stated previously, the company reaching out to me was legitimate.

(It did not work out, but not due to the name of the company.)

That got me thinking.

What are the other types of domain name mistakes?

The Domain Name Can Be Misinterpreted

If the domain name of a company, product, or service that can be misinterpreted as a less-than-wholesome product or service. (See above.)

If you have a group of folks my age trying to brainstorm a domain name, here are two recommendations: Bounce the domain name off a millennial and look up the name in the Urban Dictionary.

About once a month, I am surprised by how a seemingly innocent term or phrase has been hijacked “by you darn kids” and turned into something other.

Once you have cleared your domain name with millennials and the Urban Dictionary, Google the domain name to make certain there are not any foreign language implications.

Why didn’t it sell in Spanish speaking countries?

Because in Spanish no va means no go.

However, this ubiquitous cautionary tale has received push back.

Misinterpreted example: To be on the safe side, I will use MyHoneyBear.net instead of creating a new one.

The Domain Name Contains a Difficult to Spell Word

Try your best to avoid adding a frequently misspelled word to your domain name.

Two corollary domain name mistakes are the use of homophones or puns.

As far as I know there is no search engine spell check.

If there was not a soul would download it.

A blogger related how she searched for a well-known pizza chain on the web.

When she hit enter, her search took her to a different pizza place.

She misspelled the chain’s name.

A different chain had a redirect to its website.

She decided to buy the pizza anyway, due to the other chain’s ingenuity.

However, if a company chooses a domain name with this “mistake” in mind, this is unethical.

If that isn’t enough to dissuade someone, perhaps potential legal action will.

This is my favorite of all domain name mistakes because it reminds me of the last time a Geek Squad person helped me.

He asked me to put in my computer password.

I suddenly felt a bit self-conscious because I knew my password was stupidly long: Fifteen characters to be exact.

I am not a covert operator, and no one ever touches my computer. Oh well.

The longer the domain name, the more difficult it is likely to recall.

Length example: This was not the longest domain name sold in 2016, but it is close, and it is active—Mercer-tazewellcountyboardofrealtors.com.

Too Smart for Your Own Good

To me, this is the most annoying of all domain name mistakes.

I don’t like having to Google a domain name to discover its meaning.

I just envision two guys (named Satcher and Auden) thinking up domain names based on characters of Shakespeare that have only one line.

This mistake can lead to regular folks misspelling or simply forgetting the domain.

Length example: Glansdale.com (Glansdale had one line in Henry VI, Part I)

These are just a few of the more common mistakes to avoid.

A domain name should be treated similarly to a company’s name, logo, and tagline.

It is an element of your company that you are declaring your own.

No one can copy it and it is up to you to make it memorable, strategic, different, and certainly, mistake-free.