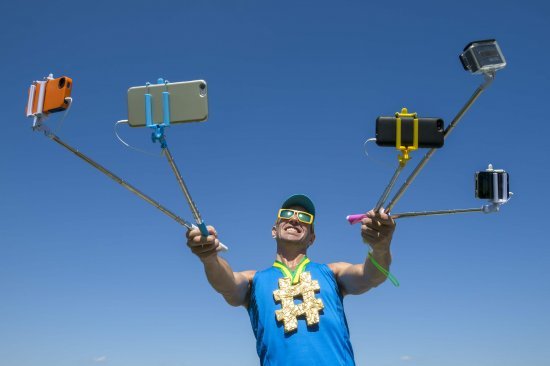 Social media is a great tool to connect and share with others.

It’s helped me make some powerful and lasting relationships, and without it, my life would be completely different.

For some people, however, it remains a platform to scream from the rooftops about their business, rant about what makes them angry, and talk at whomever will listen.

These are the kinds of users I will unfollow without a second thought.

In the PR world, social media is a highly useful tool—it connects PR pros to the journalists and bloggers they need to reach to earn media for their clients.

It makes it easier to reach a larger audience of people with a smaller budget.

But, it’s also a double-edged sword; one misstep can go viral in what seems like seconds, creating an online reputation disaster.

PR pros are not immune to making mistakes on social media and, because of how they have to use the channels so frequently to build and foster relationships, they have to be incredibly careful.

Here are some especially annoying social media habits you should avoid.

Unless you had a pre-existing relationship with a reporter, it’s a good idea to avoid adding them as friends on Facebook or any other social platform.

If you do decide to add them, be aware of the possibility that your “private” musings shared on social could become the news.

Even though there’s that handy little delete button, there’s really no way to delete anything once it’s been posted.

You have no idea how many other people were watching, with screen capture software in hand, grabbing images of the whole thing unfolding as it happened.

Even if you do delete your mistaken post (or your account), it can come back to haunt you.

Sharing Too Much Online

Unless you have a pretty good handle on your privacy settings and can trust the audience you know will see it, don’t share excessively about your personal life on social media.

This includes relationships, finances, and anything you wouldn’t want becoming the subject of your own PR meltdown or its own funny meme.

Taking a Controversial Stand on Your Professional Accounts

Politics and religion have long been things you don’t really talk about in public.

While everyone has the right to their personal convictions on any of these issues, it’s not a good idea to bring them to light on your professional accounts.

Save that discussion for your personal accounts, so long as you follow the appropriate privacy controls as noted above.

Rely Local Asheville, a marketing company based in Asheville, North Carolina, engaged in what they called a “social experiment” which featured offensive remarks about Muslim Americas.

The rant was posted on the owner’s personal Facebook page.

After criticism, he said the post was part of a social experiment, where he posted two sets of positive posts and photos, and the negative one.

He thanked people who participated, and said his experiment showed people really do thrive on the negative.

Whether it was an experiment or not, many Twitter users took offense to the post, and it did some damage to the Rely Local Asheville brand.

Though the words were never posted to the Rely Local Asheville accounts, it just goes to show how much damage could have been done.

He caused an uproar on his personal account, which translated to issues for his business.

Even if you think it’s funny, I can just about bet there’s someone somewhere who will see it and not agree with you.

If you want to make a joke, do it in person, with friends and family who know you—not when you’re representing your brand.

If you don’t think it could happen to you, let me remind of you the story of Justine Sacco.

She was the communications director for New York-based, Interactive Corp.

For those who aren’t familiar, that’s the company that owns high-profile websites such as Match.com, Dictionary.com, and Ask.com.

She no longer holds that position because of a racist tweet.

Though she removed the tweet (and her entire Twitter account) and issued an apology, that didn’t stop her from losing her job by the time the flight landed in South Africa.

Screenshots of the tweet, such as this one from The Guardian, are still floating around the internet, more than three years after the actual event.

Scheduling posts to go live when you’re not actually at the office is one thing—you’ve read them and you know what you’re putting out into the world.

Setting your accounts up to automatically retweet stuff on the other hand, is quite risky.

It may go well for a while, but eventually, you run the risk of tweeting something that’s offensive.

If and when that happens, you’ll have your own PR disaster on your hands–kind of like Justine did.

It could cause unnecessary and completely avoidable damage to your online reputation that could take months, or even years, to clean up.

Making Social Media All About You

Don’t be that guy.

Social media isn’t about you, your business, or what you have to offer your clients.

It’s not about constantly singing the praises of your clients and trying to get others to notice them, either.

It’s about connecting and engaging with people.

Getting to know them.

Really talking to them, rather than just pitching things to them all the time.

If you’re that guy, people aren’t going to take you seriously, if they don’t start ignoring you completely.

Pitching with a Batch and Blast Approach

Don’t just send a bunch of bloggers and journalists a news release or blanket pitch and hope that someone picks it up.

Double-check the name and publications for a writer to make sure your pitch is in line with something they’re working on, or in a niche they frequently cover.

Otherwise, you’re wasting time, and making yourself look bad to the people you need to connect with.

If you still don’t know what they cover and what they don’t, take the time to ask before sending a pitch.

Tailor your pitches, and you’ll have a much better success rate.

It’s not just about online activity: Offline blunders can have social media consequences.

It’s important to note that what you do offline, either in your personal or professional life, can also make you the subject of a social media blunder.

Though not a PR professional, David Galper, at the time was CEO of Ruckus Networks.

He was a keynote speaker at 2009’s HighEdWeb conference, where he delivered an outdated speech to the audience.

His actions caused the term “tweckling” (Twitter heckling) to be coined, as the audience took to social media to skewer him for his lack of research and professionalism.

The point is, that as a PR professional, you may be subject to even more scrutiny than others are, simply because you’re supposed to know better—understanding that all your actions and reactions can make or break your reputation.

Stick to behavior that is kind, courteous, and professional.

Follow the Golden Rule—treat others how you want to be treated.

Are there other annoying social media habits you think PR professionals should avoid?

Leave them in the comments for me.

SEO virtuoso, CEO @Sachs Marketing Group. Focused on being of service to business owners - helping to better position them in the eyes of their audiences.

View all posts by Eric Sachs