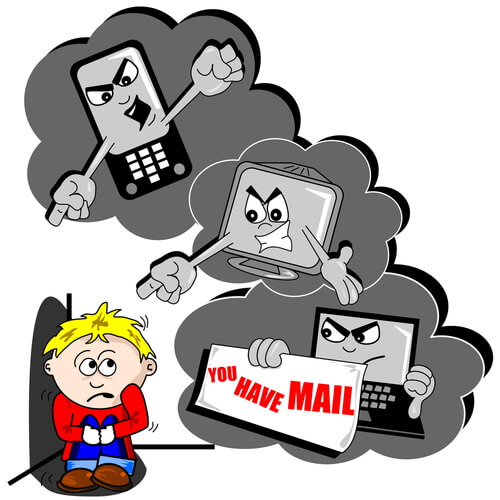 We live in a strange and unprecedented world: Rather than give people a scarlet letter when they do something we don’t agree with, the social media mob comes after them and, in some cases, ruins their lives.

Earlier this year, Justine Sacco broke her silence after she lost her job and went into hiding. For more than a year.

She is the woman who tweeted some unfortunate racist things, including, “Going to Africa. Hope I don’t get AIDS. Just kidding. I’m white!”

After she tweeted that gem, she got on an 11-hour flight that didn’t have an Internet connection and went to sleep.

The social media mob went nuts. Her tweet went viral and the hashtag, #HasJustineLandedYet, trended globally while people gleefully waited to see what would happen.

By the time she landed and checked her phone, she had text messages from people she hadn’t heard from in years, urgent voicemail messages from close friends, and an email from her boss, firing her.

At the time, Joe Thornley, Martin Waxman, and I discussed it on Inside PR.

I was a bit indignant that the boss didn’t even wait to hear her side of the story. He just bowed to the social media mob and fired her…while she was on an international flight and couldn’t defend herself.

It also struck me as odd that a communications professional didn’t know better.

But we all agreed the social media mob was at its worst here, even if she did use poor judgement in her tweets.

Jon Ronson has a new book out—”So You’ve Been Publicly Shamed“—and he talked to Sacco during his research.

Ronson explores Sacco’s side of the story, which then creates an opportunity for Sam Biddle at Gawker (the journalist who broke the Africa tweet story) to come to grips with the other side, and even come to peace with her.

It also has sparked an online conversation about the social media mob and how it should be stopped.

The Washington Post takes it even further and explores other public attacks from the social media mob:

Feminist writers and activists like Jessica Valenti struggle to keep up public writing in the face of constant online attacks. Other writers, like Jaclyn Munson and Lauren Bruce, have been driven to withdraw from the Internet entirely.

The vulnerability of women of color is even more intense: Prominent scholars like Anthea Butler of the University of Pennsylvania face onslaughts of racist harassment just for speaking their minds.

Outside of academia, activists like Jamia Wilson are targets of uniquely brutal and racially tinged abuse, and social critics like Feminista Jones must put up with attacks on a daily basis.

It’s amazing what can happen when someone can sit behind their computer screen, armed with a keyboard, anonymity, and other anonymous trolls flaming the fires.

A few days ago, I made the mistake of reading the comments on an article Ragan syndicated from this very blog.

It was about the pay gap between men and women in the PR industry so I thought I would be safe to read the comments. After all, how could anyone think this isn’t bad?

Well, I was wrong.

It’s so easy for the social media mob to criticize—online, in anonymous survey results, and (most of the time) without knowing the person—but not to create.

Perhaps if they also created, they wouldn’t be so fast to jump on the bandwagon.

Look, I’m no saint. In the early years of blogging—right when Spin Sucks was gaining in popularity—I fell victim to the popular crowd and joined the social media mob.

There is a blog post I wrote in 2010 that I still regret. It jumped on the bandwagon and did nothing to help move the vision of this blog forward. It also managed to get me banned from a major conference.

Not exactly what I’m trying to do here, is it?

When I realized what a tool I had been, I immediately wrote down the vision of this blog—to change the perception people have of the PR industry—and posted it on my computer screen.

Now, when I write a blog post, I ask myself if it goes to that vision. If it doesn’t, I scrap the idea…even if I know it’s going to be controversial and get lots of traffic.

I’d like to challenge you to make a pact with me. Let’s change the social media mob mentality and not let it take hold.

Here are some things you can do:

Are you willing to join me in this pact agains the social media mob?