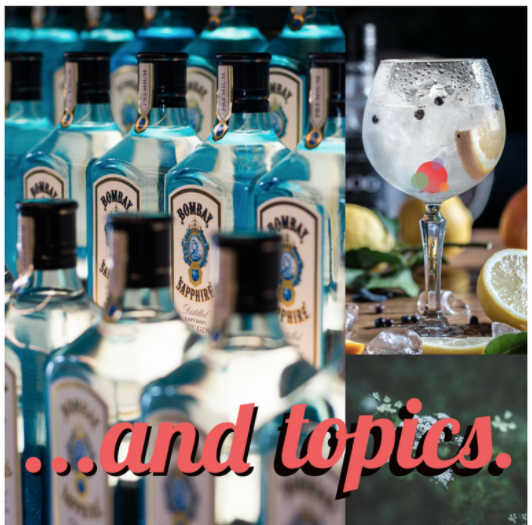 (Editor’s note: Gini is on a much deserved vacation this week, and so we asked our friend and super smart colleague Bob LeDrew to fill in.

I’m pretty sure she didn’t want me to handle it on my own for fear I’d call it the Petro Colada again. But the truth is I’ll always call it that in my head. I invite you to do the same. #PetroColadaForever)

Substitute Gin and Topic curator Bob LeDrew here with videos that are courtesy of … ME.

Yes, through the magic of YouTube, you get a sense of what it’s like in my head every day.

(Editor’s Note: Oh dear, this was a very bad idea.

Please, viewers at home remove children, elderly, and anyone with a fragile constitution from the room before viewing these videos.

You’ve been warned. I hope I don’t have nightmares from editing this.)

5. Green Day Crowd Sings Bohemian Rhapsody: I am a big fan of Queen. And it’s gotta tell you something about the sheer effect of a song when, about 40 years after its release, it can get a few hundred thousand people singing along. I particularly love the visual impact of the headbanging section.

4. Emilia Clarke Latest Funny and Cute Moments: For someone who plays such a serious character of Game of Thrones, Emilia Clarke seems to be kind of a goofy, funny woman with the best eyebrow game in the business. I think she’s funny, and you will too.

3. La Machine Ottawa Grand Finale: It’s the 150th anniversary of Canada’s founding — we call it Confederation. And living in Ottawa, I’ve seen some cool things happening this year. When I heard about La Machine, a French robot-marionette-music-street theatre installation, coming here, I have to say I was a bit cynical about it. Then I went to see Kumo and Long-ma, and I was entranced. As were a throng of residents and tourists. This is a video of their final confrontation, which took place after they chased each other through the streets of Ottawa for several nights.

2. Gearheads Bow Down: Yes, I am a geek, and I appreciate the geekiness of others.

(Editor’s note: We like big geeks and we cannot lie…and other blogs can’t deny.)

And it doesn’t get much geekier than deciding to hand build – from SCRATCH –  a working V10 engine that displaces just 125cc (kinda the same as a lawn mower). And when I say scratch, I don’t mean he bought a kit. I mean he machined all the parts himself. Is he a madman? Yes. But a divinely inspired one. Share this with the gearhead in your life.

Be Part of Next Week’s Gin and Topics

Don’t forget…if you see a great video you think would be a contender for this series, send it to the kids at Spin Sucks.

The best place to send it is in the Spin Sucks Slack community, but you can also email, text, private message, or carrier pigeon it.

(Editor’s Note: Thanks Bob! Always a pleasure to have you! Happy Labor Day to our American readers. Due to the holiday we will not publish posts on Monday. Have fun, be safe. We will see you Tuesday)

1. Sham-a-Ling-Dong-Ding.  I’m a music geek. And like many folkies here in Canada, I was proud to claim Jesse Winchester as one of ours, even though he was born in the USA. He was never a “superstar”, despite being pitched in his youth as the next Bob Dylan. But he could write a song, and he could sing ’em. This is one of my favorite musical performances of all time, if for no other reason than Neko Case’s tears.

1A. A Dream Come True: Jaguar Style: I have a two-pronged dream. The pinnacle of this dream is to drive a lap of the Nurburgring Nordschleife. This is a former race track that was a legendary F1 track, is still an open public road, and which you can drive with whatever you happen to bring. But if I find myself lacking the fortitude to do it (it’s 12 miles long, has 154 turns, and was called “The Green Hell” by Sir Jackie Stewart), I might have to settle for a “Ring Taxi.” That’s a service offered by trained racing drivers who take you around in style for 200 euros (about $250 US). This is a Jaguar F-type SVR, and in 12 miles, he makes 43 passes.

Be a Part of Gin and Topics

Don’t forget…if you see a great video you think would be a contender for Gin and Topics, send it to the Spin Sucks crew!

The best place to send it is in their Slack community, but you can also email, text, private message, or carrier pigeon it to anyone on the team.

(Editor’s note: Thank you so much for a great Gin and Topics Bob, always a pleasure.

We won’t publish on Monday, but will see you all on Tuesday!)