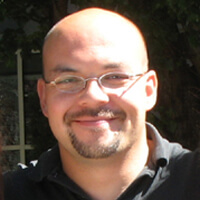 This week our guest posts focus on adapting the traditional to the new. The week will culminate on Thursday with a webinar on How to Socialize Your Newsroom.

Her post was based on a study in The Atlantic, concluding that indeed people seem to be more lonely in the age of social media.

The theory is that greater numbers of connections had not led to more meaningful ones. Gini’s reaction is she was torn about how she felt.

But I was not torn.

Although the study had  a number of valid observations, I disagree it is making us more lonely. The social media tools aren’t to blame; how we use them is the culprit.

I lost my wife Aimee in a boating accident a week before Christmas this past year. In the immediate aftermath of this terrible loss – not  not only to me but also to our then three-year old daughter, Aimee’s family, loved ones, and friends – I turned to social media.

Other than the closest family and friends whom I called, I made the announcement of Aimee’s death via Facebook the day after the accident. That same day, I started a blog titled Missing Aimee, through which I’ve shared my grief process. As word began to spread through various social media outlets, much needed support came pouring in.

Facebook clearly was not contributing to loneliness – it was facilitating the opposite. Social media in general, were saving my life. All those connections I’d made were coming through for me.

The reason those connections were so valuable was because of the effort I’d made in the years prior to that tragic day, when I had built and maintained real relationships with the people I was connected to via social media.

So when the proverbial stuff hit the fan in my life, a lot of those ‘connections’ were real friends. The love, support, and help I needed were there because those people genuinely cared about me.

In their tough times, I had been there for them. I had invested time in those relationships. Many of these connections were more than just a number of “friends” or “followers” in a social media profile. They were real, in the most important sense of the word.

Before the advent of social media, we all knew popular people who had lots of friends. But most of those friendships were pretty shallow and didn’t mean much in the long run. Today is no different. It’s just virtual and more global than ever.

There are many articles debating the quality of online vs. offline relationships.

People, I’m here to tell you that it doesn’t make a difference. Yes, I believe it’s important to get to know people “in real life” and spend face time with them, but you can have a real friendship with someone without it.

Where the rubber really meets the road, what truly determines the quality of the relationships in your life, online or off, is the time you invest in them.

Pat Rhoads is the social media specialist for AdoptUSKids, a position he’s held for a little more than a year and a half. More importantly, he’s the father of an amazing four-year-old daughter. In addition to playing with her and wasting hours a day on Twitter, Pat also enjoys the outdoors, photography, and playing both the guitar and golf very badly (though not at the same time). You can follow him on Twitter @patmrhoads. He blogs at Missing Aimee.