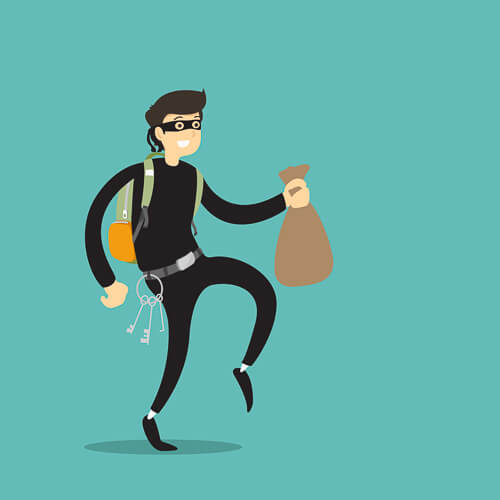 I did not sow many wild oats in high school.

One particular incident, though, is so ludicrous in retrospect that I still laugh every time I think about it.

When our church group held an all-night lock-in one December, we got the bright idea to move the church’s outdoor nativity set to the youth director’s yard.

He woke up the next morning with a front yard bedecked with baby Jesus and all the animals, along with a manger.

Let’s just say he didn’t consider it a blessing!

I suppose if social media had existed back in 1981, we would have shortsightedly created a trail for ourselves on Snapchat (or whatever the 1981 equivalent would have been).

But the truth was not discovered until Sunday morning, and our group of contrite teenagers had to hang our heads and ask forgiveness remorsefully.

Along with returning baby Jesus and the entire entourage of course!

My “nativity-on-the-move” hijinks occurred in a small enough town that it didn’t take a lot of detective work to find the culprits.

Snapchat is Here to Stay

A recent situation here in my not-so-small-town proved that social media can bring out small-town protectiveness in a large city, and ALSO showed the power of a business person to teach a lesson in forgiveness.

A friend who owns a lovely local eatery posted a screenshot of a Snapchat image—a picture of a young adult man carrying a sign which had been removed from her business, with a silly grin on his face.

The Snapchat account owner’s name was on the screenshot.

This small business owner is someone who we all know has worked extremely hard to build her business.

In addition to being an industrious and creative worker, she’s just a good person, who does good things such as Autism Cooks, which have nothing to do with dollars and cents, but everything to do with the currency of the heart.

We all wanted her to have her sign back.

She posted the screenshot with a status that said something such as, “It was probably funny at first but it is stealing. A hunting or fishing trophy would probably be more fun.”

Shares of the picture and requests for help solving the mystery spread rapidly; comments filled the business owner’s page as we all rallied around our friend to help her get a resolution.

Everyone put out feelers to determine who it was who had taken the sign.

Within 24 hours, our friend posted that the sign was being returned the next day.

What was her plan?

Ban the kid from her restaurant forever?

She planned to take him to lunch and posted the following:

The sign is being brought back tomorrow.
I’m meeting him & buying him lunch.
I’m glad he’s doing the right thing.

Lessons on Snapchat, our youth needs to understand that their posts can go public at anytime.

Don’t be sorry. Be careful. & Behave!

As I watched the whole situation unfold, it occurred to me there were lessons for more than kid with a purloined sign (although arguably he learned the biggest lesson).

There was a lesson for his friend who did what many of us (not just teenagers) reflexively do: Snapped a friend doing something silly.

Her choice made it much easier to narrow down the fate of the sign, but tangled her up in the web of social media perpetuity as her name was spread with every share.

But to me, one of the most profound lessons of the whole story is that of the business owner who, despite the drumbeat of many community members who were anxious for him to know he had “messed with the wrong business owner” (it’s true, he had), took the road of forgiveness and dignity.

Social media may be more permanent than the kid thought, but the most permanent thing of all is the high road, and in this story is a powerful reminder of why it matters.