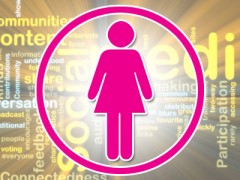 If you’ve been ignoring women as a target demographic in your social media marketing, you are missing out on nearly two-thirds of overall consumer spending.

According to Bloomberg BusinessWeek, women “control more than $20 trillion or about 70 percent of global consumer spending.”

In a survey conducted by Pew Research Center examining online social media habits for a five-year period (May 2008 to May 2013), researchers discovered women were five to 10 percent more likely to use social media compared to men.

Does your product or service have women in mind as ideal customers? If so, consider the following to reach your target demographic more effectively.

Where to Reach Women in Social Media

In the same study, Pew broke down social media usage by network and user profile:

The study did not consider Google+ which, according to Pardot, is roughly 67 percent male with an average user age of 28. So unless your product or service speaks primarily to an all-male audience, consider focusing your social media advertising budget on sites that tend to favor women.

How to Reach Women

While women contribute a significant portion of consumer spending, the number of women in creative director positions is in the single digits.

It’s important that companies think outside the box, and you may need to get creative to reach your target demographic:

Don’t practice the deplorable act of trying to target women when they are vulnerable.

Just What Do Women Want?

This is a question the smartest men in history have been unable to answer. Your job as a marketer is to figure out what your target audiences want before they even realize they want it.

Keep in mind that, in general, women are most influenced to purchase a product if:

While women make between 70-85 percent of the buying decisions in the home, 30 percent of men are doing the same.

Your goal as a small business marketing online should be to effectively reach 100 percent of your target audience.

View all posts by Jerry Low