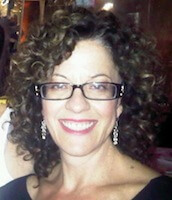 Embracing social media is something the Olympic movement knew it had to do.

With this medium moving at warp speed in popularity since the 2008 Beijing Games, and gaining considerable speed during Vancouver 2010, industry veterans knew that Twitter, Facebook, and Pinterest would have their own podium finishes at London 2012.

But true to form with any emerging and not widely understood entity, the ugly side of social media has reared its head in world record time.

Here it is, only day five and the victims are already piling up:

Should we be surprised? Not in the slightest. Welcome to the new ‘freedom of speech’ folks! Citizen journalism at its finest – unfettered, unscripted, and, in some cases, unusual. And yes, for some, this is going to take getting used to. We always hear about armchair quarterbacks…well, now we get to hear from them.

The London 2012 Olympics are proving to be the perfect test scenario of intense, global social media. This has resulted in an ad-hoc campaign of sorts, except there isn’t one client, there was never a creative brief, and what has ensued is an organic and fresh approach to reporting.

On the upside? Anyone can follow any athlete and truly feel a part of their Olympic journey as they tweet and Instagram away thoughts and pictures of their own special moments.

As social media watchers, we can study engagement, reaction, and trouble-shooting from a number of different angles. We can look at it from the sport, corporate or media outlet side. The positive and the negative of mass interaction.

It is incumbent upon PR/social media/marketing pros to learn from what went right and what went terribly wrong. We have a prime opportunity to take our respective industries to another level and provide even better advice to our clients or organizations.

Hopefully, relevant and appropriate metrics will be shared. New communities of social media engagers will emerge. New or improved platforms will be developed.

Yes, the Olympics only happen every four years. But for those of us who are in a position to help grow and revolutionize our industries, the timing is perfect.

What’s your opinion of how social media is shaping the Olympics? What effect do you think it will have on your industry?

Elissa Freeman is a  self-confessed pop culture junkie, and a 20+ year PR veteran who was recently named one of twitter’s Top 52 PR pros. You can follow her on Twitter at elissaPR.