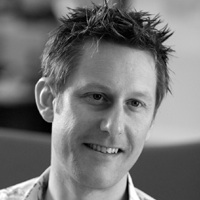 How long do you think you could go without using an Internet search engine?

I asked my friends and networks the question, and two thirds of the people I asked said that, on average, they use a search engine more than 10 times per day. They don’t think about it, they just do it. And they have total faith in the results they receive. Think about the power and influence this gives search engines over the way we see the world.

I wanted to find out just how vital search engines have become to our everyday lives, so I decided to give up Yahoo! and Bing for two entire months.

For the past few weeks I’ve been relying on my friends and online community in place of searching the web. Little did I know when I started the experiment at the beginning of June that halfway through it Google would throw in a curve ball in the form of Google+. If anything, the #NoSearch project (yes, I coined ‘project’ before Google did!) has given me a different perspective on what’s coming out of Mountain View. And despite what you may read from the more cynical among us *cough* Gini Dietrich *cough*, I believe Google+ could, given time, reshape the way we use the web.

The whole point of #NoSearch is to investigate collective intelligence and the power of social networks.

When you don’t use search engines, your online community becomes vital both for work and pleasure. And at its core, Google+ is intent on helping you to create a very personalized network, segmented by your contacts’ interests, your relationship with them, and what you want them to see (and not to see). Neither Facebook nor Twitter can lay claim to the same ethos, focused as they are on sharing everything with everyone. What Google+ will do is to enable you to truly build a community around yourself, with different contacts and friends from different areas of your life all in one place. If it gains traction – and who’s to say that with search, Chrome, Gmail, and Android behind it that it won’t – it could be very powerful stuff.

If #NoSearch is teaching me one thing, it’s that those using social media effectively truly thrive on their ability to harness collective intelligence and community.

From a business perspective, community is becoming more vital by the day. Social media platforms such as Facebook and Google+ are built around effectively managing huge amounts of real-time data generated by users on computers and mobile devices. If, as a marketer, you can come to grips with that and leverage it, you have a great competitive advantage.

The #NoSearch project may only be an experiment (let’s face it, who’s stupid enough to forgo search engines on an ongoing basis?!), but it is proving to me that the wisdom of the crowd is more often than not far superior to the results you can get from a search engine. Google may have speed, but people have knowledge. And if Google can integrate Google+ with search, we’re on the verge of a new era in the lifecycle of the web based around personalised communities.

You can follow the #NoSearch project on Posterous, Twitter and Audioboo. Paul Sutton is Head of Social Communications at BOTTLE, where he is responsible for devising creative social media strategies to meet commercial client objectives. He blogs at www.thesocialweb.co.uk.