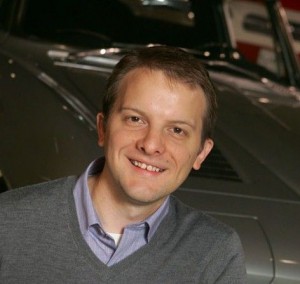 Remember when we used to exchange business cards with somebody at a conference, hop on the plane to fly home, file the business card in the Rolodex, then forget about that person?

Yeah. Neither do I.

Thanks to this crazy digital world we live in, a name on a business card has become a call-to-action that spurs us to learn more about that person, and it’s usually done through their public social media persona.

I attended a conference last year where I met quite a few people who I wanted to stay in touch with. So when I got back to my desk, I looked them up on Twitter to see if they had public profiles. If they did, I followed them.

But as I was typing their names into Google, a thought occurred to me: Is what I’m doing only one or two levels removed from stalking? No different than when people stalk their exes on Facebook? (By the way, you should stop stalking them.)

Okay, maybe that’s a bit extreme. But you get my point, right?

I wondered: Am I participating in what is now considered normal ‘professional stalking’ activity?

The best way to figure that out was to break down my own social stalking protocol, guidelines I use for when people are trying to connect with me.

LinkedIn: It’s perfectly acceptable to request to connect on LinkedIn. If you met at a business conference, it only makes sense to stay connected through the world’s most popular business networking site.

Twitter: I don’t see a problem with following somebody on Twitter. Unless their account is private (which defeats the purpose, in my opinion) you are just following to hear their public thoughts.

Instagram: This one gave me pause. If they link to their Instagram photos through Twitter, I think it is okay to follow them. But if you have to put in some work to find them, it’s going to look strange when they’re notified you found them and are now following them.

Facebook: If Twitter is a party where everyone is invited, Facebook is a private affair at my home where I invite only those I know well. Or, at the very least, have met in person. You wouldn’t invite a stranger you met at the bar to your house on the same night, would you? (Actually, don’t answer that.) I post pictures of my kids regularly. I want to know who is looking at those terribly cute pictures.

That, in a nutshell, is how I roll when it comes to connecting in the digital world. In my opinion, if I stick to this protocol when connecting with people at a business level online, I don’t think anyone is going to report me to the social media stalking police.

So I ask you, the Spin Sucks community: What is your social stalking protocol?

Brad Marley works for Mullen Detroit and spends all of his billable time telling the GM sustainability story. You can find him on Twitter and at his blog. He tries not to take himself too seriously.