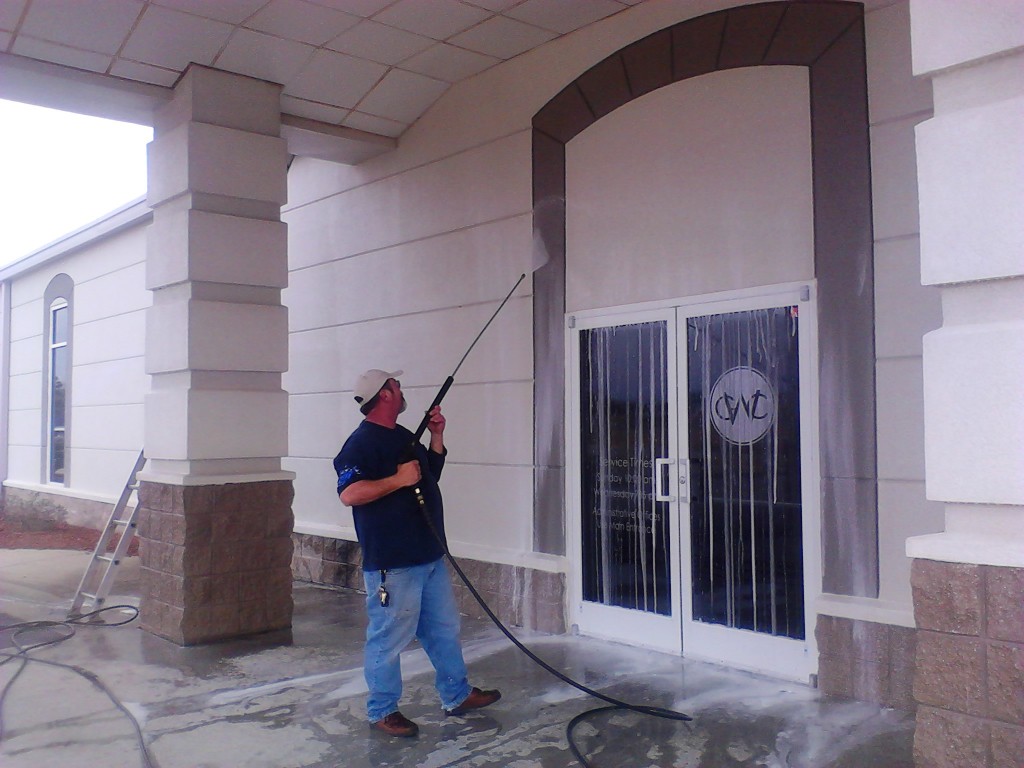 My wife broke the news one day.

“Somebody wrote a really bad review of Joe,” she said.

I shrugged my shoulders and thought, “I’m sure it will be OK.”

“He’s really upset by it. Can you help him?”

Joe is my brother-in-law. He’s a good guy who takes a lot of pride in his work and would give you the shirt off his back if you needed it.

He is also a small business owner.

He works as a contractor in North Carolina, doing all manner of repair and renovation work, power washing, painting, refurbishing, and other small projects for people all over the Goldsboro area.

And he’s pretty good at it.

A real boon to his business occurred a bit more than a year ago when he was listed on the website Home Advisor as a “screened and approved” vendor.

Suddenly, he was getting more leads, and better leads, resulting in more and larger jobs.

Then the review came.

After a series of five-star reviews, a bad review came in. He was given one half of a star and the reviewer said he did not repair the leaky roof for which he was paid.

Being fairly new to Home Adviser at the time, Joe was fairly convinced his business was shot due to this one review ruining him on his top lead generation tool.

Is a Bad Review a Crisis?

In crisis communications, one of the most important things is to evaluate whether you are actually facing a crisis.

After all, jumping into crisis mode when really you have a small problem can be just a detrimental as a real crisis.

Gini Dietrich has this phrase. She usually says it to me after particularly tense conversations during staff meetings.

And right or wrong, it usually involves something about the company or the blog.

“It just hurts when someone says your baby is ugly,” Gini will tell me.

That is very true and, among Gini’s babies are her communications firm and Spin Sucks.

Just like one of Joe’s babies is his business and the immense pride he takes in his work.

So, when the bad review came in on a site that is very important to his business, was he hurt that someone called his baby ugly, or was there a real crisis in the works here?

My assessment is that his feelings were hurt. But I didn’t see where one bad review was going to leave a lasting impression.

I even ran it past Gini and she mentioned that one bad review might even help lend credibility to the other good reviews.

We took some time and crafted a response to the review.

This demonstrated that Joe completed more than the scope of work in an effort to stop multiple leaks—not just the one he was hired to repair.

It also showed that Joe was sympathetic to the plight the homeowners encountered.

Then he went about his business.

The Blessing in Disguise

I didn’t think much more about it until a couple months later when Joe called. It seems someone decided to hire Joe based on his response and handling of the poor review and because the company has received a string of excellent reviews from the site.

In fact, he has 17 positive reviews to one negative. Not bad.

The bad reviews will come from time to time. In this case, the bad review seemed to be a one-off, just one bad experience.

An overreaction could have made Joe look bad, but a sincere, measured response actually resulted in winning more business.

The takeaways are pretty simple:

I know it is hard. You own a business, you work your tail off to grow it, and someone says something bad about it. There’s a sting there.

I know Gini feels it from time-to-time and Joe sure felt it with that review.

However, the sting of your feelings getting hurt doesn’t always equate to a crisis that needs a crisis-like response.

Really evaluate what is being said, calm down, temper your response, and move on.