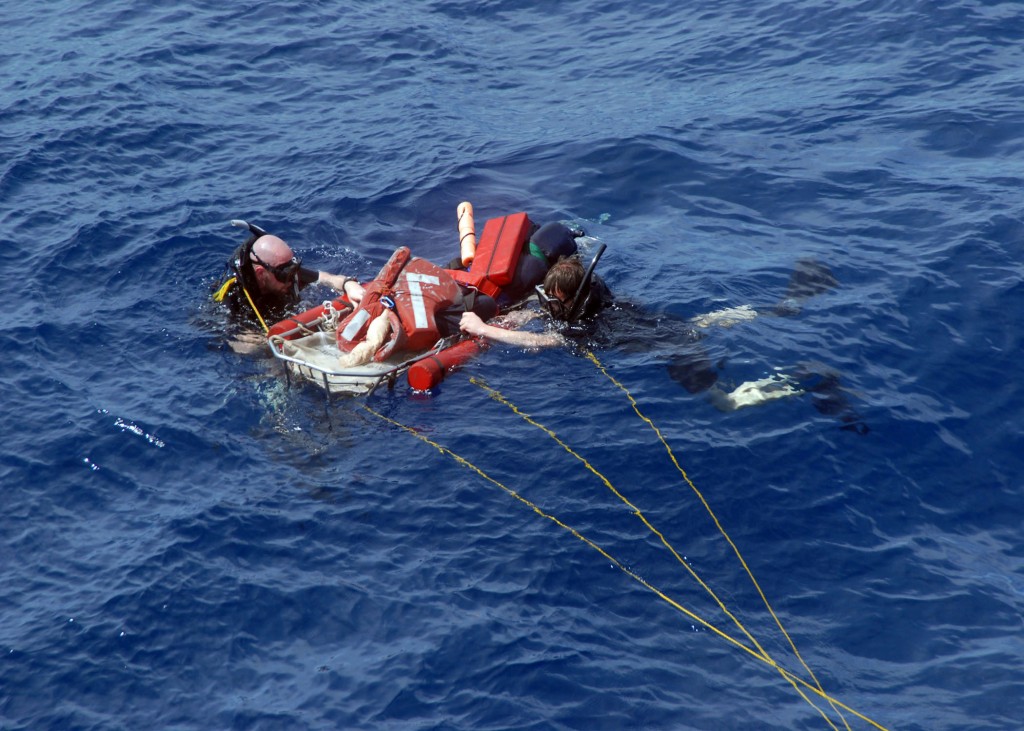 Looking back, one of my very favorite periods of time was 1988-1992 when I served in the United States Coast Guard.

(Happy 224th birthday to them earlier this week!)

During that time I had a buddy.

His name was Oscar.

Oscar was a man-sized dummy used to practice man overboard, medical evacuation, search and rescue, and countless other scenarios we might encounter in the Coast Guard.

Then we put Oscar away and kept practicing. Fire, flooding, you name it, we practiced it.

I remember being blindfolded, taken somewhere in the bowels of the ship and told to get out. This was practice in case the ship lost power and we couldn’t see but still had to evacuate.

But it paid off. When our ship caught fire in the middle of the night during a North Atlantic fisheries patrol, we knew what to do.

When we came across boats overloaded with Haitian refugees, we knew exactly what to do.

When we heard a mayday call on the radio, we were prepared.

No matter what was thrown at us, we were Semper Paratus: Always ready.

It Hits the Fan

If you stay in communications long enough, you will encounter what seems to be a crisis at some point in your career. Your reaction will be entirely predicated upon your preparation to handle an emergency.

My personal view is that during the time I’ve been employed with Arment Dietrich, we’ve not had a client in a real crisis situation.

There were a couple of situations in which the client might disagree, but I don’t think they were as bad as they seemed at the time.

The first step in crisis communications it to make sure it is a crisis. One thing I’ve learned with my nieces who live with us is that an overreaction can take something fairly small and turn it into a full-fledged crisis.

Then, you want to stop, think, take a breath, and evaluate.

As world judo champion and U.S. Olympic Head Coach Mike Swain once said, “Judo matches are won six months before they ever occur.” So are crises.

If something along the lines of, “Oh no, I’ve got to figure something out,” hits your head, then you probably were not properly prepared.

Your preparation will make the response to the crisis much easier and could even make it seamless, like the perfect sen-no-sen counter attack.

However, to get there, you must do a few things first.

Have phone numbers and a hierarchy of contact—who should call whom when during a possible crisis.

Have a Set of Standing and Night Orders

Make sure your team understands what actions should be taken regularly or on a more temporary basis.

On the ship, the standing orders were instructions in place 24/7.

For example, if the ship is in imminent danger, sound the alarm, take evasive action, then call the captain.

The night orders were a set of instructions that were more temporary. If a certain action occurs, wake up the captain. If this other action occurs, deal with the situation, and notify the captain in the morning.

Your team needs to know in a crisis what they are empowered to do and when they need to wake you up.

Anticipate Broadly and Plan to Deal With it

It never occurred to me I would ever be part of a crew trying to pull 200-plus Haitians out of heavy seas while a hurricane bore down on us. We never trained for that specifically.

We did train broadly for rough weather rescues so when the call came, we were able to apply that non-specific training to a specific scenario.

Anticipate the kinds of crisis your clients might encounter and put together broad plans to deal with them.

Has anyone reading this blog ever held a crisis communications drill?

You know what would be great? Have someone pretend to be a reporter and call asking about massive layoffs coming. Involve your client.

Let everyone, including the client, know you are drilling, but the actual role play and the actual taking of steps will create a comfort and familiarity that will be extremely valuable in the event of a real crisis.

After every drill or real-life scenario, we would hold a debriefing to discuss what worked and what didn’t.

Sometimes, this leads to adjustments in our crisis plans. You should do the same.

While in the Coast Guard, I attended quartermaster school. Quartermaster was my rating and one of my main responsibilities was navigation.

However, I went to firefighting school, a computer school, a foreign language school, and law enforcement school.

I was trained on how to plug a hole on the ship and how to operate a pump.

I was taught basic first aid and how to drive a ship.

The thing is this training was not unique to me. Everyone was constantly training and cross-training.

That, plus the drilling of scenarios, worked to keep everyone calm, cool, and collected during very real crises that often featured extreme danger to life and property.

The end result was numerous crises handled with effectiveness. The same preparation will help you when trying to save your clients’ hide or reputation.