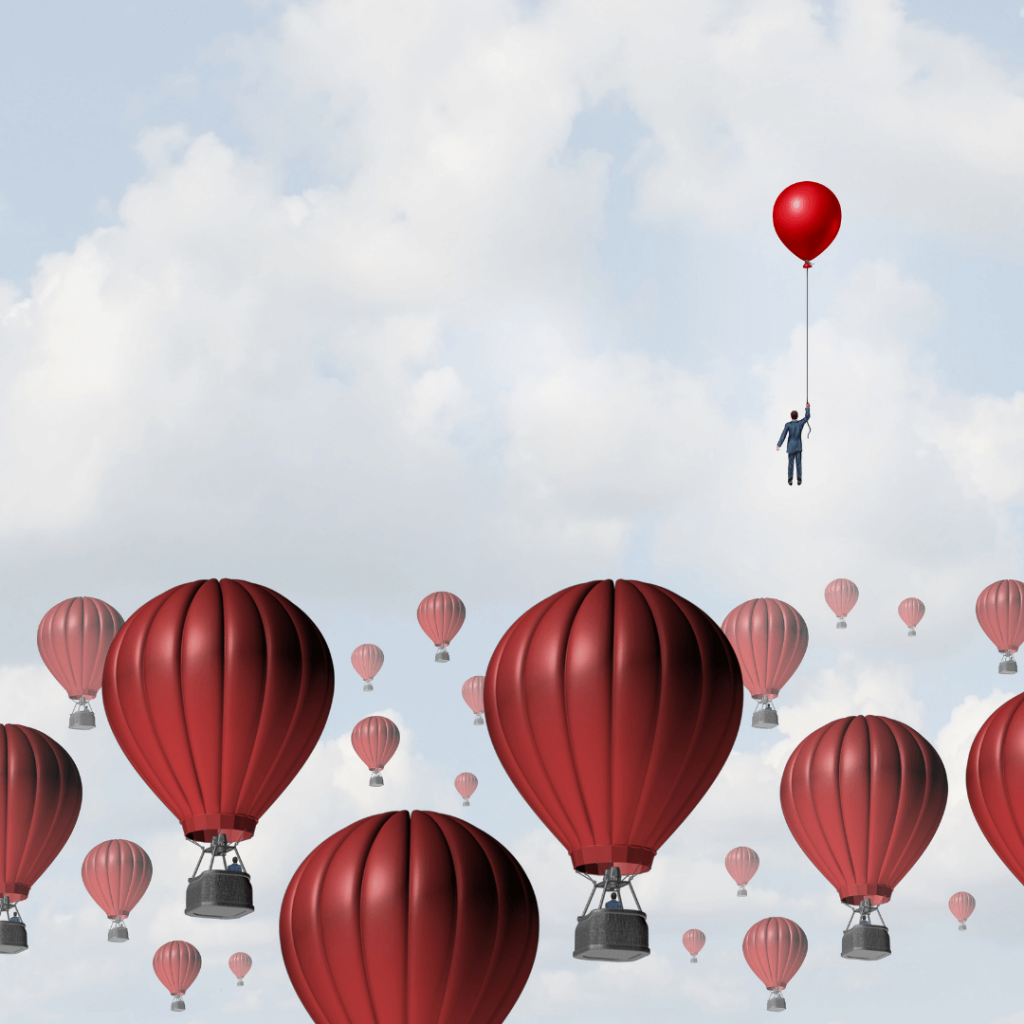 Outside of being one of the foremost experts on how agency owners can protect themselves from a business perspective, she also is an expert on when and how to copyright your intellectual property.

She also happens to be my attorney—and has helped me gain copyright and trademark rights for the PESO Model and all of its assets.

We want to showcase how smart we are by providing ideas, but (for the most part) those ideas aren’t protected if the prospect weren’t to hire us. That’s a topic for at least one article, but that’s not the topic today.

Today we are going to talk about why communicators are afraid to stick up for themselves, rock the boat, question authority, or ask fearless questions.

When Sharon talked about protecting your ideas, she mentioned that part of the challenge is, for the most part, communicators are people-pleasers so we don’t want to tell anyone no.

We want to be seen as easy to work with.

There is nothing wrong with that unless it’s at the detriment of you standing up for yourself or getting what you need from a boss, an executive, a prospect, a colleague, or a client.

When Someone Steals Your Ideas

Back in the day, when I started my agency, we had a huge opportunity to pitch a full-service campaign for a large department store that had purchased an iconic Chicago department store.

They needed to build a program that let Chicagoans know that the only thing that was changing about their beloved store was the name. Everything else would stay the same—even the famous chocolates.

Their goal was to be seen as caring about the city versus this New York behemoth coming in and taking over.

We are, after all, the Second City…and have quite a chip on our shoulders about it.

We pitched the heck out of that business—and we seemingly won, but before contracts were finalized, they backed out of the deal.

They decided they were just going to make the change and not spend any money on telling Chicagoans they care about us.

It was frustrating, but also just how these things go.

I went on vacation for a week and came back to a copy of the Chicago Sun-Times sitting on my desk with a post-it note flagging a story on the inside.

As I turned on my computer and put my things down, I flipped to the flagged story.

It was written by, at the time, the advertising and marketing columnist who talked about said department store coming into Chicago and how they were only changing the name.

The second paragraph described everything the department store was doing, from a marketing and advertising perspective.

It was our program. WORD. FOR. FREAKING. WORD. Messaging, ideas, even images pulled from one of the campaigns we presented.

I was so angry, I called the columnist and tore off his head.

It wasn’t, of course, his fault.

How would he have known the department store stole our ideas?

But it made me feel better—and until he retired, he would jokingly call me to make sure his story wasn’t going to piss me off.

So yeah…I totally understand why Sharon always gets questions about how to protect ideas that haven’t yet been paid for. It’s infuriating and, while it may not be illegal, it certainly is unethical.

There are three things you can do: collaborate with other departments, ask fearless questions, and (always) put people first.

That last one is the easiest because it’s what we do!

And, because it will come naturally to most of you, let’s start there.

I’ve mentioned a time or two this year that many of the conversations I’m personally having with executives right now are centered around keeping employee and customer engagement high, building culture, and leading with values.

One of the greatest things to have come out of the past 15 months is we’ve all been reminded of what’s important—and many executives want to continue to focus on their people first.

This is fantastic, it’s where they should focus, and it provides an unprecedented opportunity for communicators.

It also allows us to collaborate and build consensus so the organization can lead with values.

Collaborate with Other Departments

We have a client who hates video. He’s not a video watcher. He isn’t a visual learner. He doesn’t understand the appeal.

Even when you present him with the data to support doing video in marketing, such as 65% of humans are visual learners, it makes no difference.

Two years ago, my team got a little frustrated with him because he refused to do videos.

So what we did, instead, is go to his direct reports and ask them to participate in videos.

One of his colleagues loved the idea and started doing a weekly video email to his prospects.

In doing that, guess what happened? The CEO finally came around.

I’ll never forget the day when, in a meeting, he said, “Do you think I should do video?”

I knew we had won at that point—we’d made him think it was his own idea!

It allowed us to be people-pleasers AND get him to do what we needed him to do to have the most success.

And I’m at the phase in my career (and life) where I don’t care if it’s not seen as my idea, as long as it gets done.

Likewise, when we serve as the interim team for a PESO Model program within an organization, we try to pull at least one person from each department at least once a month into our planning meetings.

And, because I’m a people pleaser, I personally love that…everyone is happy!

Last, but definitely not least, is to ask fearless questions.

Chip Griffin and I had a similar conversation to this on a recent episode of the Agency Leadership podcast.

I always love it when I leave a meeting having heard, “Man, you really made me think today. Thank you!”

And all I did was ask a bunch of questions.

At the same time and even though we are people pleasers, we should not be afraid to ask hard questions or challenge the ways things have always been done.

If you are a parent, you can learn a lot from your kids as toddlers.

The question “why?” oftentimes makes you want to lock yourself in the bathroom, but it also requires you to be more patient and to explain why you’re asking your three-year-old not to lick the car.

You don’t want to be obnoxious at work and keep asking, “Why?”, but you can do a version of that without being annoying.

Our goal is to ask a version of “why?” at least five times before moving on.

If you aren’t sure how to do this, one of the most wonderful books you can read is, “A More Beautiful Question.”

Not only does it help you figure out how to intelligently ask why a thousand times, it helps to increase your emotional intelligence as you learn to listen versus listen to respond.

As it turns out, it’s possible to be people pleasers and be easy to work with while also protecting ourselves and our ideas.

If you’d like to learn more about how to ask fearless questions, collaborate, or put people first to get what you need out of your colleagues, join us in the Spin Sucks Community.

It’s free, it’s fun, it’s smart…and you might just learn a thing or two from your peers.