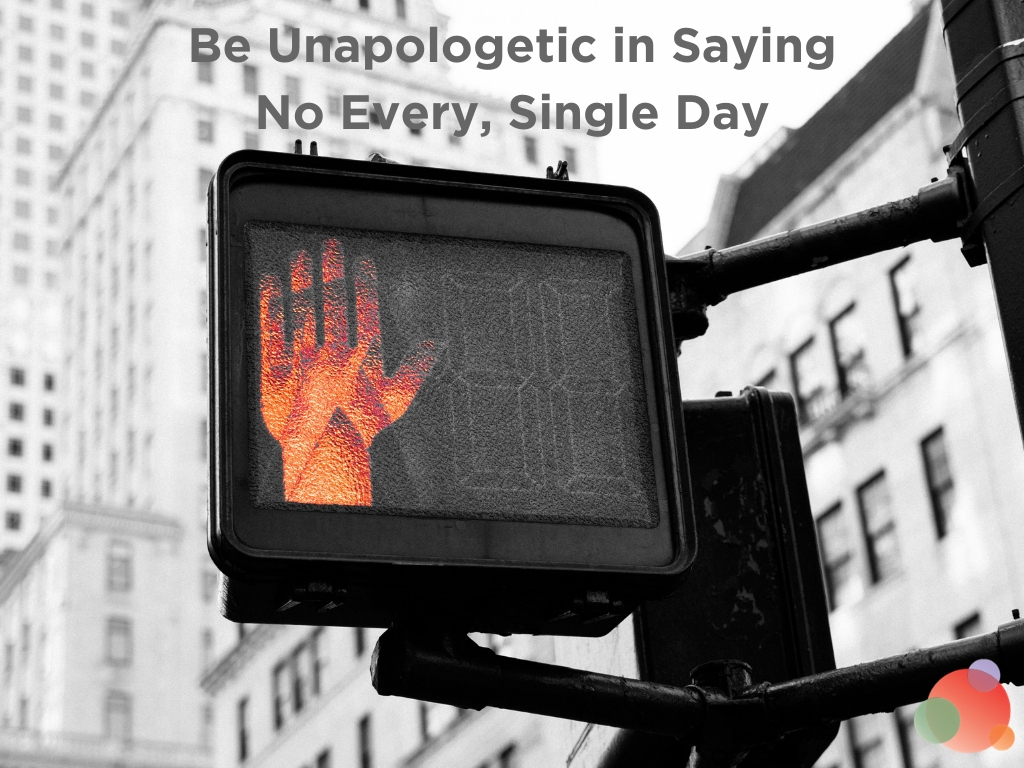 I was once a people pleaser.

I want people to like me, and I hate to disappoint anyone.

But that meant I said yes. A lot. Yes, to things I did not want to do. Yes, to people I didn’t really want to spend time with.

I often found myself overextended, overcommitted, and exhausted with no time or energy to devote to things which were important to me.

Every day was like Groundhog Day, and I felt stuck and hopeless.

I was not achieving my goals, and I didn’t even have the desire to think about them.

But that changed once I started applying this simple, yet effective framework to my life.

I began using what I now call “The Framework” when I realized I felt stuck and wasn’t invested in my future in the way I used to be.

I spent a lot of time thinking about where I was, where I wanted to go, and what I wanted to do, both personally and professionally.

After much thought, I set new goals and identified activities I’d need to participate in to achieve my goals.

Goals are great. But they require an investment of time.

That’s where The Framework comes in.

How to Say No

It works like this: whenever I receive an invitation or request, I ask myself this question: “Will this help me reach my goals?”

It doesn’t matter if the goals are personal, professional—short-term or long-term. Goals are goals.

Saying no to things that won’t get me to my goals frees up time to focus on activities that will help me achieve my goals.

That means more time for online classes, reading books, and writing outside of my day job.

It means more time for friends and family.

These are all activities I identified to help me achieve my goals.

It’s simple, yet effective.  And it works.

But there are some things to keep in mind to successfully use The Framework.

It’s Not Just About Saying No

The right attitude is important if you’re going to use The Framework successfully.

It wasn’t enough to just say no.

I had to let go of the desire to be a people pleaser. I had to be okay with disappointing people.

When you say yes to things when you’d rather say no, you’re letting someone else make the decisions for you.

That means you won’t have time for things that matter to you, and you’ll be stressed out and resentful.

I had to learn to be firm when people were persistent. Even after saying no, they still tried to convince me to say yes.

Most people don’t like being told no. And often, they’ll keep asking in the hope you’ll change your mind and say yes.

I had to learn to put myself, my goals, and my plans first. Because if I don’t, no one else will.

I find the shorter the answer, the better.

Often a simple “thanks for the invite, but I’m going to pass” works. So does “my dog has cancer,” but only if it’s true. In my case, it is.

Consequences of Saying No

While The Framework simplifies the process of saying no, it can come with a price.

Recently, a former colleague asked me to serve on a committee for an event she was planning. So I applied The Framework and declined the invitation.

I thanked her for the invite and explained that I didn’t have time to devote to serving.

My former colleague, whom I also considered a friend, stopped talking to me and unfriended me on Facebook.

I admit this reaction upset me, but I don’t regret saying no.

Serving on the committee was not going to help me achieve my goals.

And, it would take away space from someone else who would benefit from the service.

You need to prepare yourself for similar responses when using The Framework. And that’s okay.

According to Tony Robbins:

Be Unapologetic in Saying No

Since I began using The Framework as a guide for making decisions, I am more engaged and excited about where I’m heading.

I joined the alumni advisory board at my university and mentor students who plan to pursue public relations as a career.

Now, I’m reading more. And I even began planning a big writing project for 2019.

The Framework made it all possible.

It reminds me of this quote from Julian Hayes:

Be stingy with your ‘yeses’ and be unapologetically free with saying ‘no’ on a daily basis.

Doing so will give you time and motivation to pursue things which truly set your soul on fire.

Photo by Kai Pilger on Unsplash

Debbie Johnson is a veteran communications professional with a background in public affairs, media relations and crisis management. When she's not working, she can be found reading a good novel, writing in her journals, or training for her upcoming marathon.

View all posts by Debbie Johnson