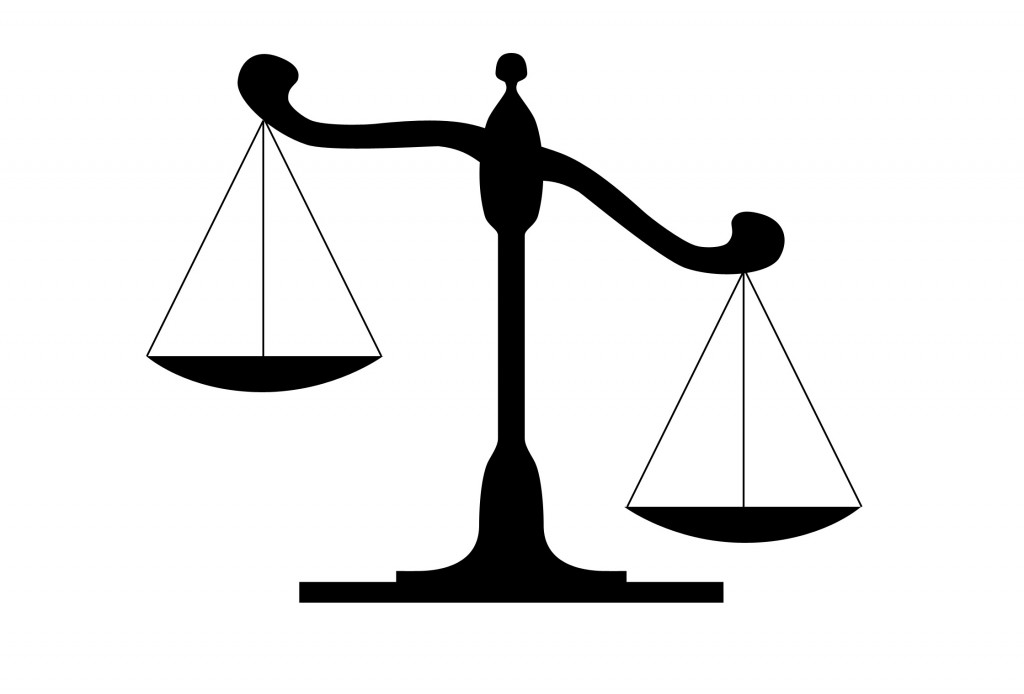 I wasn’t certain what I wanted to write about during July, a month of “social business” as our Spin Sucks theme.

Then the Supreme Court of the United States ruled on the “Hobby Lobby” case and suddenly I had a great idea.

Let’s see if I can execute.

The same holds true for how you treat employees, how you pay them, and what types of benefits you offer.

The case has its roots in contraception – Hobby Lobby is the best-known of the plaintiffs, but a number of companies with religious leaders sued over an Affordable Care Act requirement that they cover all types of contraception.

Religious non-profits already have exemptions, and the companies argued successfully in a 5-4 decision (is there any other type at SCOTUS?), that the 1993 Religious Freedom Restoration Act should protect them from having to provide services that violate the owners’ religious beliefs.

I was intrigued by the reactions on social media after the decision came down. Among my friends, there were two extremes: One was “Hobby Lobby is what is wrong with America,” and the other is, “Yay! God won!”

These were posted by friends who are overtly pro- or anti-religion. And to be fair, Hobby Lobby and their fellow plaintiffs painted this as a religious freedom case. Only one friend posted a link to a news story and simply asked, “What do you think?”

Hobby Lobby, of course, posted a link on their Facebook page that generated more than 10,000 comments. As the hours passed, the vitriol in the conversation increased. 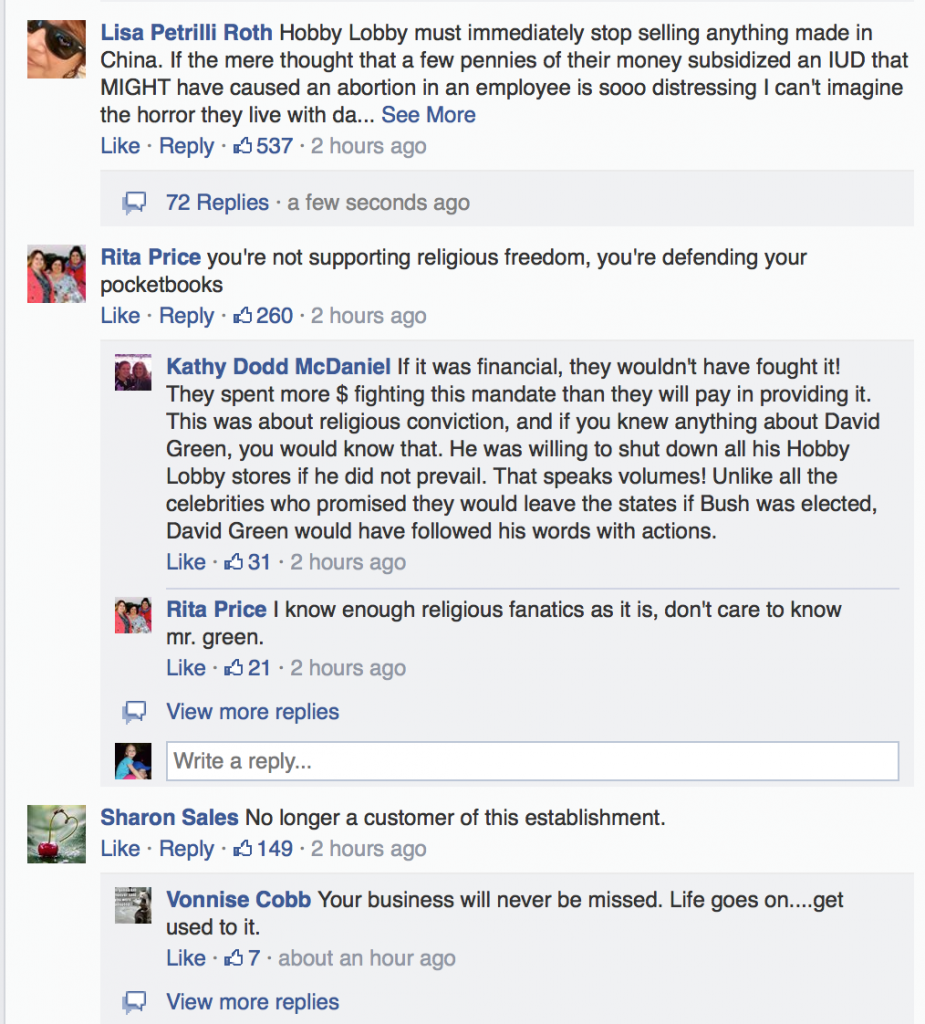 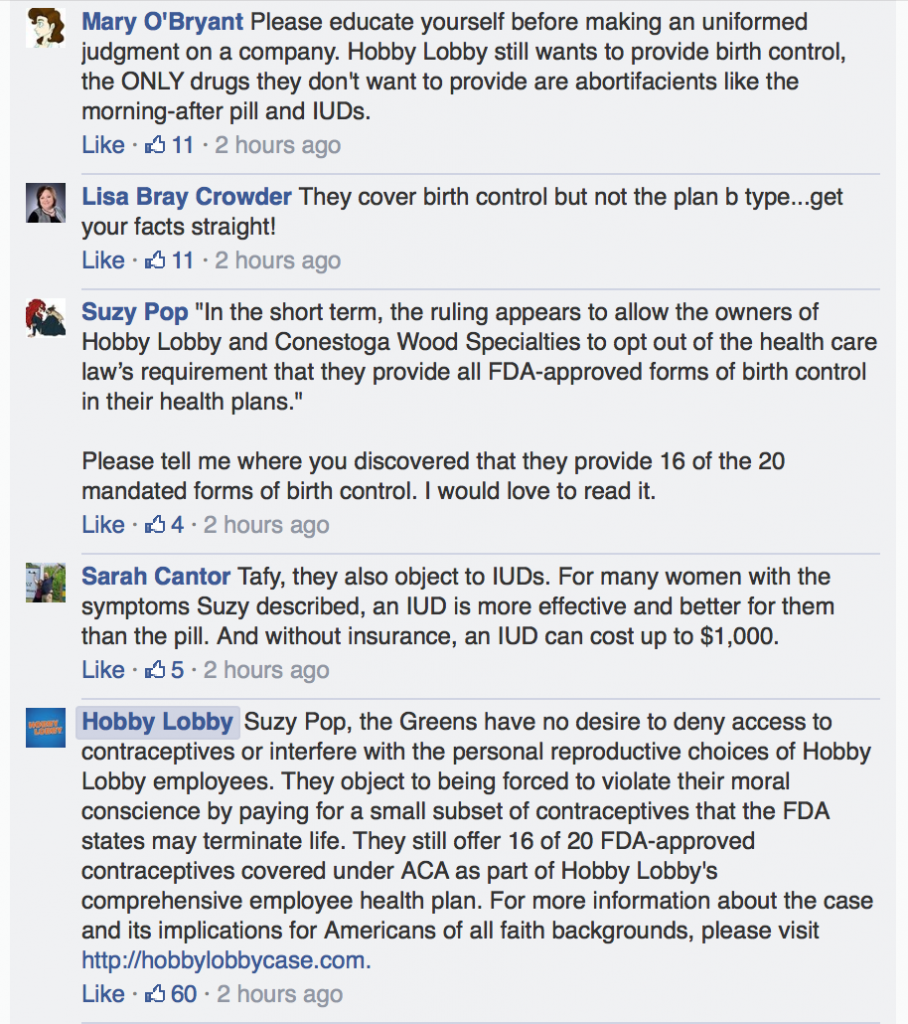 What will be curious is whether or not Hobby Lobby and the other companies involved in the suit, including Mennonite-owned Conestoga Wood Specialties, will see a positive or negative effect on their business.

I say “positive or negative” because public uproar has not always hurt businesses. When most of the population seemed to protest the Chick-fil-A anti-gay marriage stance, for instance, the company had a record year. On the other hand, some brands (Susan G. Komen) were pretty much destroyed by social media.

There is a change underway.

Things that were once unacceptable are now commonplace and some people feel they are being asked to give ground on long-held, strong beliefs.

The battle will continue for some time. What are religious beliefs and how should they be recognized? Are they discriminatory? Should a company be allowed to stick to its values and offer benefits as it sees fit? Where is the line between values and civil rights?

What if your core values fly in the face of what a group of people believe?

These are complex questions and they are being fought on two battlegrounds: The legal courts and the court of public opinion through social media.

As your business, and you as the owner, determines what its values are, are you prepared to engage a battle on the social media front?

In the case of the Hobby Lobby/SCOTUS decision, there is some misinformation. People want to say Hobby Lobby is opposed to contraception. The company itself has stated it will cover 16 of 20 FDA-approved, ACA-mandated forms of contraceptions. Their opposition is essentially to covering the morning after pill and IUDs.

Covering 16 of 20 is not enough for some people, just as it is way too much for others. And the decision by the Supreme Court is only making the debate rage harder.

The social media world is framing the debate as a God thing, a tyrant thing, a debate on if God exists, sexism, feminism, and in some cases, arguments that SCOTUS has just legalized racism, sexism, and other forms of discrimination.

Think about your values and what you believe is central to running your business. Now, imagine a threat on social media if you don’t change those values or the way you run your company. How will you react?

Right now, as I write this on June 30 and July 1, Hobby Lobby is, I think, doing the right things. They are responding, but in a fairly straight-forward, fact-based manner. They’ve created a website with information and for those who will take the time to read their posts, they are trying to clear up their stance.

Opponents may still not agree with the stance, but if they take time to read, they will know what it actually is they oppose.

Here are a few steps to follow if you find yourself in an online fight:

My last piece of advice, though, is to just hang on. You can’t control social media and eventually, the conversation will turn elsewhere.

Note from Gini: Remember this is a communications blog. Please keep the conversation to what Hobby is doing – and not doing – so well in their communications and social media efforts