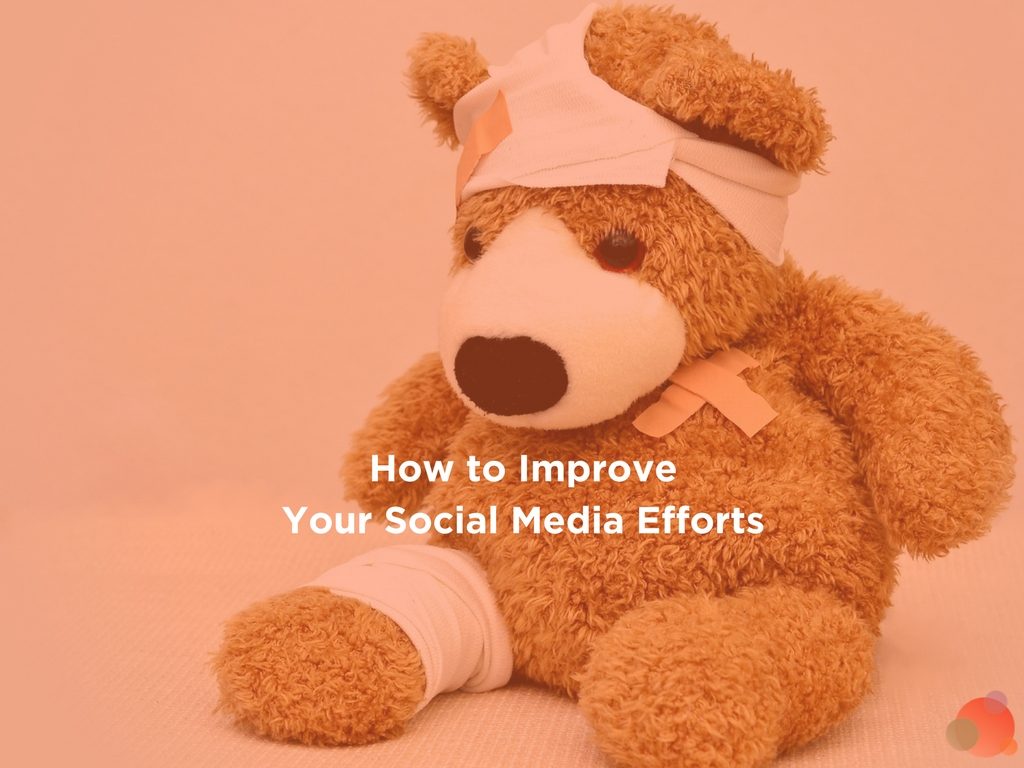 Earlier this year, while at Social Media Marketing World, everyone was freaking out about, well, everything.

I was almost gleeful at the gloom and doom because it represents so much opportunity.

If everyone is complaining that nothing works anymore—and brands are leaving social media entirely—there is great upside for the rest of us.

You keep complaining and recommending leaving social media so the rest of us can improve what’s there.

If you decide not to leave, you can join the rest of us and improve your efforts.

That is what led us to rejiggering our own social media efforts.

Sure, we’d seen a slow decrease in everything we’d been doing, too. And we blamed it on algorithm changes and information overload.

As it turns out, neither of those things are true.

To boot, the University of Oregon communications students took Spin Sucks on as a client. What we found, when they presented their findings, is we were adding to the noise.

This was not good.

(You can imagine my head exploding, because that’s what it did. Figuratively, of course.)

Some of their recommendations to us included:

This was the one that killed me, just a little bit, though:

On every platform, a large majority of the posts are blog links. This makes your social media efforts look automated and turns potential followers away.

We had become everything we recommend against doing—to our clients, to the industry, and certainly to ourselves.

Our decrease in reach and engagement—and qualified traffic to the website—had nothing to do with algorithm changes or information overload.

In our quest to scale the business and move things forward, we’d forgotten the meaning of social media.

We’d forgotten to be social.

We had an all-hands-on-deck meeting and we split things up. Each one of us took a social network, with the goal of improving what was there.

Sure, we still automate blog posts—and use CoSchedule to do that. But none of the status updates are the same and, while automated, they’re still meant to encourage engagement and reach.

(We know engagement and reach both lead to website traffic, which leads to PR Dream Team members and Modern Blogging Masterclass members. That’s why, while a vanity metric, it’s important for us to improve both of those things.)

Facebook is the social network I took and, anecdotally, I’ve had 20 or so people direct message, text, or email me to ask what we’re doing differently on social media.

They can see it working for us and want to know our secrets.

It’s no big secret—I’ll tell you what we did.

How We Increased Our Numbers

Once a week, we started to use video on our page.

I started with the Fireside Chat with Garrett Moon because, as I learned, Facebook rewards you for uploading video versus linking to something on your site or YouTube.

So anything we had actual video for, I wanted to use. But I only do it once a week.

By doing that, our video views have increased a ridiculous 129 percent. 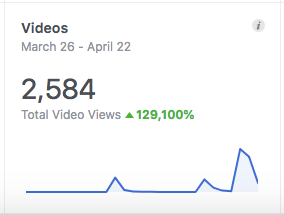 Of course, it’s easy to have those kinds of increases when you’re starting from zero, but that green arrow makes me very, very happy.

Likewise, our Facebook reach has increased 27 percent and engagement by 65 percent. 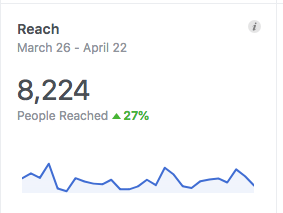 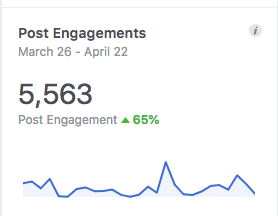 All we’ve done to increase those numbers is not include links to content in the status update.

We write the update—and it’s typically one that asks a question or makes a statement that fires people up—and then I include a link to the article in the comments.

On the flip side, I’ve seen people hide our posts or unfollow them (it stings to watch that), but no one unlikes the page. 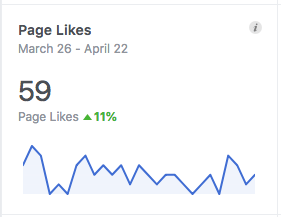 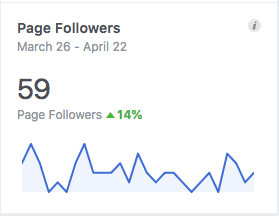 In fact, since we began this new way of, well, being social, all we see are green arrows.

Green arrows make me happy because they translate to dollars at the other end of the funnel. 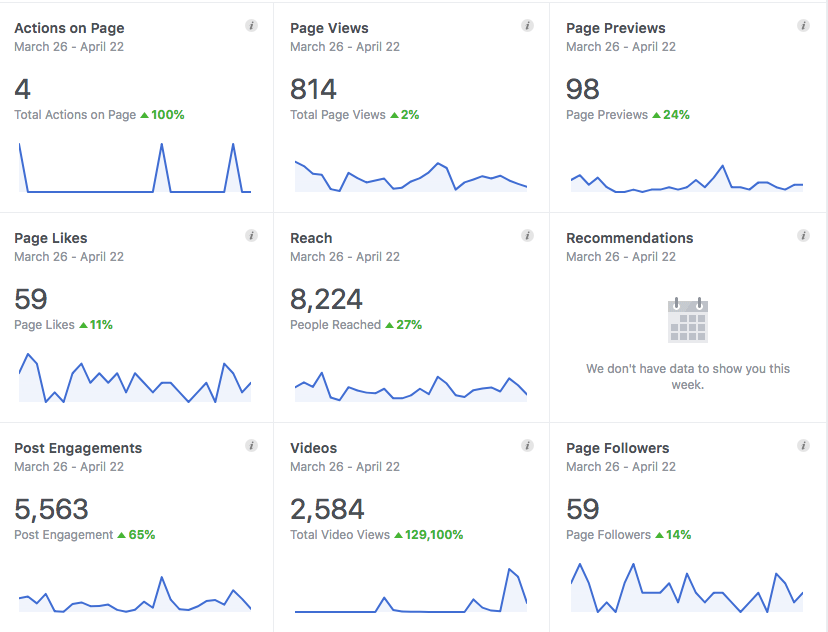 But the real reward came when the U of O students told us they’d noticed a huge difference in our activities, and congratulated us.

It Doesn’t All Have to Be Serious

Now, of course, because I’m hugely competitive, I want to keep increasing these statistics.

On Friday, my mom (anonymously—I had to do some sleuthing to figure out it was her) sent me a face slimmer.

The PR Dream Team members “encouraged” me to record a video of myself saying “public relations” 10 times while wearing it.

I took the bait and then uploaded that video to Facebook.

As it turns out, people love it when we make fun of ourselves.

It reached 3,624 people and had 752 engagements, including a handful of shares.

That certainly doesn’t build business for us, but it does add a human touch and a face behind the brand…even if it is a complete distraction from work.

It was 5:00 EST time on Friday when I uploaded it, which I think it part of the reason it worked so well.

(Well, that and because my friends really like to have a reason to make fun of me. A friend even texted me to say she was using a screen grab of me wearing the face slimmer as my profile photo in her phone to remind herself I’m not gorgeous all the time. So there is that.)

The point is, we’re testing, we’re tweaking, and we’re working the magic.

Improve Your Social Media with These Three Tips

If you want to do the same, I encourage you to try these things:

Test these things for a month and watch your data and statistics. We’re going to add some paid media on top of this to see what’s affected. I’ll most certainly report back after we’ve had a month of doing that.

As it turns out, the sky isn’t falling. We’ve all just gotten complacent and it’s time to spice things up.

As you do that, and test some of the things we’ve recommended, let us know how it’s going.

You can comment here, reach us on social media, or tag us in the Spin Sucks community.