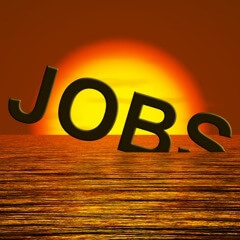 A couple of years ago, I was faced with a situation.

I had a newsroom that had more editors than reporters, and the workflow looked just like that from newsrooms in which I’d worked in the 90s.

Digital, while being done, did not feel important.

People who had been leaders during the “legacy” days were not leading the charge toward digital, and younger reporters were not being encouraged to embrace it.

The result was a very large restructuring of the newsroom.

At the end of this restructuring, the newsroom would be the same size as we started, but one-third of the legacy staff would be gone.

People who measured their time at the paper in decades, but could not or would not adapt to our digital needs, were no longer “to be found.”

We developed a very strong plan to address any public blowback, which was less than anticipated.

Where we fell short was developing a plan to deal with the staff and communicate internally why we had to do what we did and what it meant for the company.

The reality on the ground was that not one of the staff members who were let go that day was new. All had been there years, and a couple had been there for decades.

This meant more than professional colleagues were being let go.

She was angry, probably at me—even though she said she understood why we did what we did.

The other thing that did not occur to me beforehand is that, as a Gannett paper, most of the reporters had been through many rounds of layoffs during the last few years. They had also been through an equal number of rounds of spin trying to explain in some positive way why the layoffs are a good thing.

It was clear to me that not everyone around me believed my proclamations that this decision was designed to create a more digitally savvy newsroom.

My fear was that morale would suffer and important journalists would start looking elsewhere for career opportunities.

Over-Communicating and Letting Them See

To offset any potential pitfalls, we embarked on a strong over-communication campaign.

The first thing was staff meetings by departments.

After that, I went, one at a time ,to every single employee at the paper.

I wanted to make sure they understood there was a reason and a plan. I explained the plan over and over, until I was blue in the face, then kept explaining.

I continually asked how the staff was feeling. I asked directly of the team and I asked mid-level managers how their teams were holding up.

“How are you doing?” proved to be a powerful question.

But there was more.

The team had to see that we were moving toward the plan. The help-wanted ads for the newly created positions, recruitment in full swing, and people coming in to interview for jobs showed the team we were intent on getting the “numbers back up.”

At the same time, they began to see us requiring more digital work and making investments to that end.

We purchased more camera, video, and podcasting equipment. We began tracking certain analytics in real-time, and they were displayed throughout the building on monitors for the world to see.

They saw I was putting my money where my mouth was, and that I was following through the plan I’d shared with them.

Apprehension was turning into hope that there was a true internal change afoot in the newsroom.

There are several key points here.

The key is to communicate as openly and as honestly as possible.

When you go through monumental internal change—whether it is a layoff, a change in business structure, a bankruptcy, or whatever—your clients, customers, and your vendors will be severely effected.

But so will your team, comprised of the people who will have to pull off your plan.

A couple of days after the layoffs, a photographer approached me and asked how I was doing. I told him I was fine, and he commented that I had a rough day the couple of days earlier.

I agreed, but then said I knew a group of people who had a worse day.

He nodded and said, “But you had a bad day, too, and I wanted to see how you are doing.”

This photographer was the only person who asked how I was doing, and I was very grateful for it.

When going through these high stress internal situations, don’t forget to take care of yourself, and talk to someone if you need to.

Your team is counting on you.