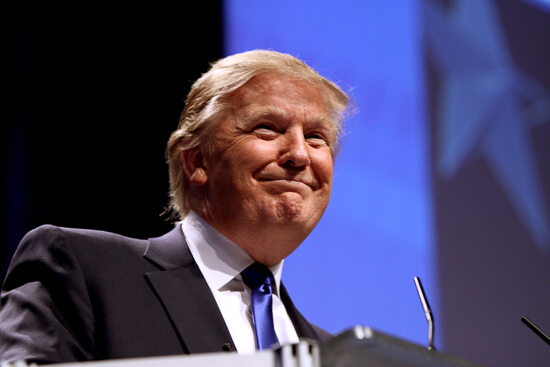 If I had a dollar for every time someone asked me this question, I would be rich.

Nevertheless, there he is in the Oval Office with the @POTUS Twitter handle at his command.

And frankly, I’m not surprised.

After testing every major speech, advertisement, and debate from every candidate, we could see something that many folks had missed: Trump communicated better than his opponents.

I know this is uncomfortable for some.

But bear with me just a little longer, because whether you like him or hate him, there’s a lot to be learned here about how powerful the right communication strategy can be.

A Master Narrative is Essential

What was Ted Cruz’s main message? Jeb Bush’s? What about Bernie Sanders’? And Donald Trump’s?

Trump had the power of a master narrative.

From the very beginning, Trump’s story has been about “making America great again.”

And it made it easy for his supporters to explain what he was going to do for them.

To win in the marketplace, your communication strategy must do the same thing—have a simple, clear, and concise master narrative.

If you’re not nauseated from repeating a message, you probably haven’t even started to get traction.

When companies repeat a resonant and direct message often enough, they become memorable.

Who was going to be tougher on immigration—Donald Trump or Ted Cruz?

He said he’d build a wall—and not just any wall, but the “greatest wall you’ve ever seen.”

In other words, he told a story, and stories rely on powerful symbols and imagery.

For instance, imagine you’re trying to convey to your audience that your company will be conserving water.

Your audience now has a visual symbol to go along with your claim, which makes it far more memorable.

When they’re good, stories stick in our minds and can even overshadow the facts.

Those that featured his children.

Because Ivanka and Donald Jr. talking about what a great family man he is made folks feel better about his character than anything Donald Trump could have ever said about himself.

There is one major caveat to using stories as part of your communications strategy, though: They must be scalable and representative of something that is truly important to your audience.

So, for example, if you share an anecdote about a great experience a customer had at a bank, cynics will claim that maybe you found the one and only customer who had a positive experience.

If you can talk about how that story is an example of why you have the best-rated customer service, then you have something.

Hate him or love him, Trump’s communication tactics got him to the Oval Office.

Politics aside, there are a few lessons we can all take from his communication playbook.

View all posts by Lee Carter