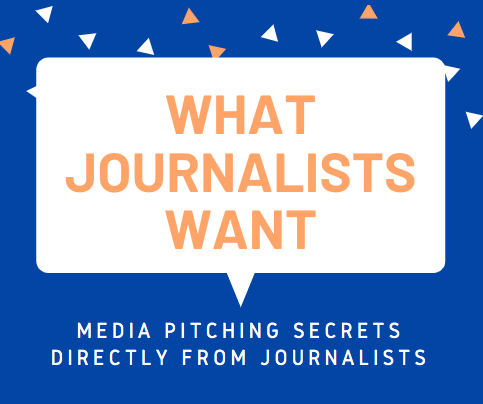 While both professions rely on each other daily, there’s a seemingly eternal tension between the two.

Communicators lament journalists who don’t respond to their media pitching.

Journalists resent getting mass media pitches that don’t acknowledge their beat or body of work.

That last issue remains a particular point of frustration for journalists, who tweet regularly about the bad PR pitches that flood their inboxes.

In the Muck Rack State of Journalism 2020 study, journalists cite a lack of personalization as the number one reason they reject media pitches (34%).

Similarly, the Muck Rack State of PR 2020 study found that 68% of communicators believe personalization and customization are the most important elements when media pitching.

We compared data from our annual State of Journalism and State of PR studies to see where communicators and journalists agree (and disagree) on how to pitch, when to pitch, and following up.

On Personalization and Media Pitching

A whopping 94% of communicators said individual, one-to-one emails are the most effective way to send a journalist a media pitch.

This matches up with where journalists told us they like to be pitched: 93% also said one-to-one email.

These findings further support the idea that personalized media pitching yield happier returns for everyone.

The medium where a media pitch is sent matters, too.

Communicators have largely stopped using the phone to pitch (only 24% prefer pitching by phone), while just 10% of journalists want to be called directly.

Moreover, while communicators and journalists are building strong relationships on social media, no one wants to pitch, or be pitched there.

While 11% of communicators pitch on LinkedIn and four percent on Facebook, just seven percent of journalists want to be pitched on social networks other than Twitter.

On Best Day to Send a Media Pitch

Almost half of communicators (45%) said Tuesday is the best day to send a media pitch, but journalists prefer Monday (20%).

Only 10% agreed with Tuesday.

More communicators had an opinion on the best day of week to send a pitch (74%) while journalists (62%) had no preference.

Media pitching at the beginning of the week not only gives a journalist the whole work week to respond but lessens the chance of it getting lost as the week’s emails pile up.

Monday or Tuesday: The Dilemma

Some communicators we’ve since touched base with thought Tuesday was the best day to pitch because Monday can find journalists still catching up on emails from the weekend.

Some also expressed reluctance to pitch on Monday because they wanted to stand out from the deluge of fellow communicators sending Monday pitches.

Is there really a disconnect here between journalists and communications?

We don’t think so.

The fact that most journalists had no preference on day to pitch speaks to another truth uniting both professions—there’s always time to send, or respond to, the right pitch.

Just as communicators are less hesitant to immediately send pitch with a time-sensitive shelf life, journalists won’t hesitate to accept a pitch if it helps them get out in front of an emerging story or trend.

On Best Time for Media Pitching

Eighty-five percent of communicators said morning is the best time to send a pitch, and 64% of journalists also said they prefer morning pitches.

The curious outlier here is the 13% of journalists who said they prefer overnight pitches, but we suspect that’s because they’re already in the journalist’s inbox first thing in the morning.

Breaking the numbers down a little more, more than half (55%) of communicators said that late morning, from 9am-12pm, is the best time to pitch.

Journalists were less specific there, too—32% each said that early morning (5am-9pm) and late morning were ideal.

Coupled with the above insights about day to pitch, it seems that journalists and communicators are again in agreement—mornings at the start of the week are ideal for media pitching.

There’s a sweet spot for pitch length, and it’s a Goldilocks situation—not too short, and not too long, but just right.

Ninety-four percent of communicators said that they cap their average pitches at two to three paragraphs, while 92% of journalists also said that they prefer pitches capped at this length.

Unpacking those numbers further, 23% of communicators keep their pitches two to three sentences long on average (with 71% keeping them two to three paragraphs).

While 31% of journalists prefer pitches that are two to three sentences long (with 61% preferring two to three paragraphs).

Though most agree that two to three paragraphs is an ideal pitch length, some folks just prefer shorter, two to three sentence pitches.

Maybe the pitch is being sent to a journalist that the communicator has already been working with for many years, and they’re familiar enough to settle upon coverage with shorter pitches.

Maybe the story is of such an immediate, time-sensitive nature that the pitch is more effective being sent in a short, succinct format to convey urgency.

In those instances, there will always be an opportunity to send more information later.

Link to pages or materials with more background and context to keep pitches short and further engage journalists.

Whether they prefer pitches at two to three sentences or two to three paragraphs, both journalists and communicators agree less is more when it comes to pitching.

Only six percent of communicators send an average pitch that’s over 500 words, and only eight percent of journalists prefer pitches over three paragraphs.

Send a follow-up to your media pitch that is timed with respect to everything else that is going on in a journalist’s beat, industry, and daily workflow.

Communicators and journalists do agree on an ideal number of follow-ups and cadence.

Just less than half of communicators (49%) said that one follow-up email is acceptable, which 55% of journalists agree with.

There does seem to be a slight disconnect on the second follow-up, though—while 42% of communicators said that a second follow-up is fine, only 27% of journalists agree.

The prevailing sentiment among journalists here goes something like, “If you’ve followed up once and we haven’t gotten back to you either time, we aren’t interested.”

But How Long Should I Wait?

Now that we know everyone thinks one follow-up is perfectly cool, when is the right time to send it?

Breaking that down further, 57% of PR and 51% of journalists said that three to seven days is the sweet spot to wait on following up with an email.

These numbers support the idea of not following up too soon at risk of coming on strong (the kids say “thirsty).

What This Good News Means

The fact that most communicators surveyed wound up agreeing with journalists’ preferences for media pitching tells us that there’s a consensus on what works.

Check out the Muck Rack State of PR and State of Journalism studies for more statistics on how communicators and journalists can build stronger relationships with each other.

View all posts by Justin Joffe