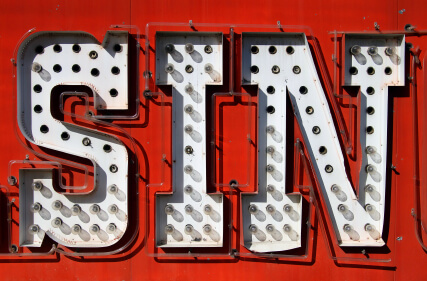 If you caught my recent Spin Sucks Pro webinar, you’ll recall I am on a mission to save the world from dull, ordinary presentations.

But one question continues to plague me: Why are good people still giving bad presentations?

It’s not like we’re lacking examples of great public speaking. We commemorate the speeches of Abe Lincoln and Martin Luther King, we celebrate the legacy of Steve Jobs, we watch the latest TED Talks.

But then we step up to the podium and subject audiences to Death by PowerPoint: Dense, wordy slides; unfocused content; lackluster delivery, and a multitude of other deadly presentation sins.

It’s a pet peeve for Gini Dietrich, who’s been known to skip out of boring presentations.

Me? I stick around and take notes, collecting fodder for a future book or blog post. (Seriously, if you’re at the podium and you see me in the audience scribbling away, I’m either totally enthralled with your content or I know I’ve found my next great cautionary tale!)

Here are some of the excuses I’ve heard for delivering a sub-par presentation, and why they don’t hold water.

1. A Captive Audience Has to Listen to Presentations

A client once explained that because the meeting we were preparing for was mandatory for employees, we would have a “captive audience.”

Of course, being physically in the room and being mentally present are two entirely different things—especially with the world of distractions offered by our cell phones.

So don’t take people’s attention for granted. Treat them like you would a paying audience. Seek not just to inform, but to entertain.

2. This is “Need to Know” Information

Okay, let’s stipulate you have vital news to share—a sure way to make money or important changes to your employees’ benefits. Even if that’s true, you’re certainly not the only source of that information.

You’re competing against Google, and the grapevine, and countless other channels. So again, don’t count on their undivided attention.

3. My Subject Matter is Dull

It’s true. Few of us get the opportunity to, say, unveil the new iPad to the world, or announce we’re donating half a billion dollars to fight AIDS.

Most presentations are more along the lines of pitching business to a prospect, explaining a new policy to employees, or justifying a budget to a boss.

But that doesn’t mean it has to be boring. There are any number of small things you can do to enliven your content:

And, of course, whatever the topic, you should put conviction and even passion behind your words. After all, if you’re not convinced the subject is important, how do you expect your audience to care?

You may not think your concepts lend themselves to exciting visuals, but with a little imagination it can be done.

Talking about pollution in Houston? Instead of giving me four bullet points of EPA data, why not read the stats but show me a picture of a bunch of dead birds, some smog, and even a diseased lung?

Get creative. What’s the emotional core of your message? When I wanted to make a point about confronting unpleasant tasks, I went though images of dirty dishes and unwashed laundry, before settling on a stalk of broccoli.

Browse stock photography sites for ideas or take your own photos.

Really? Are you sure?

As a trained improviser and an impatient audience member, I assure you – you can do better with some preparation.

Presentation expert Nancy Duarte practiced a full hour for every minute of one her TED Talks. Are you better than she is? Watch this talk of hers then get back to me. (You’ll also get some more great lessons on public speaking.)

Lack of time, of course, is the mother of all excuses. Allow me to quote Lao Tzu, the ancient father of Taoism:

Put another way, if it’s important, you’ll make the time for it.

7. The Stakes aren’t That High

At this point, you may be saying, “I’m not giving a TED Talk, I’m just presenting to Phyllis and her team in accounting.”

If that’s the case—if it’s just not that important—consider sending an email or memo instead. There’s a whole world of communication options out there.

But if it’s a big event or a big sale, and you have a lot riding on the outcome—your business or your reputation—then isn’t it worth the time and effort to get it right?

Did I Miss Anything?

Rob Biesenbach helps organizations and leaders communicate with purpose, power and impact so they can achieve their business goals and enjoy more success. He’s an award-winning communications consultant, an in-demand speaker and trainer, and the author of three fun, practical books that use lessons from the world of show business to help people with their business. His latest book is Unleash the Power of Storytelling: Win Hearts, Change Minds, Get Results, on which this post is based.

View all posts by Rob Biesenbach