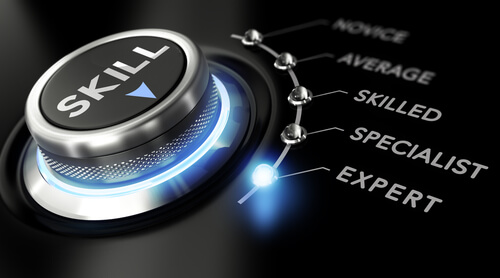 Yesterday morning, I was doing some research about the topic for this afternoon’s guest blog topic and came across an AdAge article from last year titled, Specialization Was a Mistake: How Agencies Can Restructure for the Future.

It’s been rolling around in my head since then and I brought up agency specialization as a topic for discussion when we recorded Inside PR 4.34 yesterday (to air later this week).

Here’s the thing: I don’t think agency specialization is a mistake. Specialization that turns agencies into verticals is a mistake (social agency, content agency SEO agency), but being really good at one or two or three things is never a mistake.

When you start a business, you hear things such as, “cash is king” and “find your niche.” If you don’t follow those two mantras, you find out very quickly why you should have listened.

To try to be all things to all people is a gigantic mistake because that is impossible.

Thought, as you start your agency, you take on any business you can because, well, paycheck. But as you grow, you find the work that you not only love doing, but are really good at and can create process around so it can evolve as your agency grows.

That is agency specialization. And it is a necessity.

Agency Specialization Around a Vertical

That said, I was at dinner with a group of friends (the nerd dinner, as Mr. D. calls it) about six years ago. A friend had started his agency and they worked only on social media.

That’s it. No content. No media relations. No paid media. No events. No crisis work. No design. Nothing else. They handled only social media for clients.

I remember telling him what a huge mistake he was making—to have only that one offering—but he smiled at me, showed me his profit and loss statement, and I shut my mouth.

In only a year of being open, he was making more money than I had in the previous two years combined. He caught the social media wave and was riding it. Big time.

Fast forward to today and he’s gone out of business. I’m sure you can imagine why. No one hires people just to handle their social media accounts anymore. And he never evolved to offer other services.

That kind of agency specialization is bad. Very, very bad.

But agency specialization around a discipline or, more importantly, a vertical? Not a bad idea at all.

Specialization Does Not Equate Silos

The aforementioned article gives a quick history lesson about how we got here that is important to read:

We went wrong around the year 2000. Until that time, advertising and marketing were quite simple. Even with media agencies spun off in the 1970s and the advent of planning in the 1960s, we had a structure that made total sense. We had PR agencies, media agencies, retail agencies and creative agencies. Around this time, a large client in one market with a couple of brands might have employed a handful of agencies, each with clearly defined roles.

When interactive agencies came along around the turn of the millennium, we did what we’d always done and created a new vertical. A few years later, our muscle memory mindlessly replicated the same additive process with any new form of marketing that came along—from SEO to social media, from content marketing to mobile advertising—and created a silo’d new vertical to act alone.

Of course, this is something we discuss in great detail in Marketing in the Round and I believe very strongly that creating silos like this is the very wrong thing to do, no matter if it’s an agency or inside a large corporation.

But that’s different than agency specialization. To me, a specialized agency is one that works only in medical devices or in agriculture or in software as a service.

Or one that does communications or advertising or web development and design.

Those disciplines are different enough that you can specialize in them—and should specialize—because it’d be far too expensive to bring all of that into one agency (unless, of course, you’re a global agency that is owned by a parent company).

An agency that does only one tactic isn’t a specialized agency; it’s a silo’d agency. It’s not a strategic agency; it’s a tactical one. And that is a big mistake.