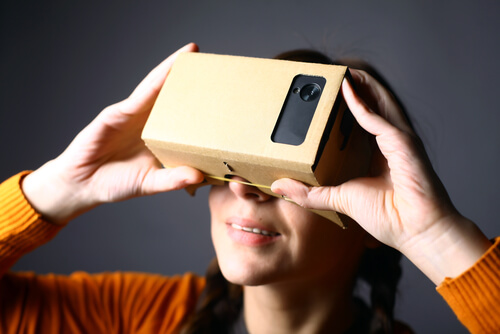 Last week, the UPS man arrived with an unexpected package from Cision. I opened it to find—what looked like—a broken view finder. You know, the ones from when we were kids where you inserted the disk and then clicked through the photos? That, but broken. 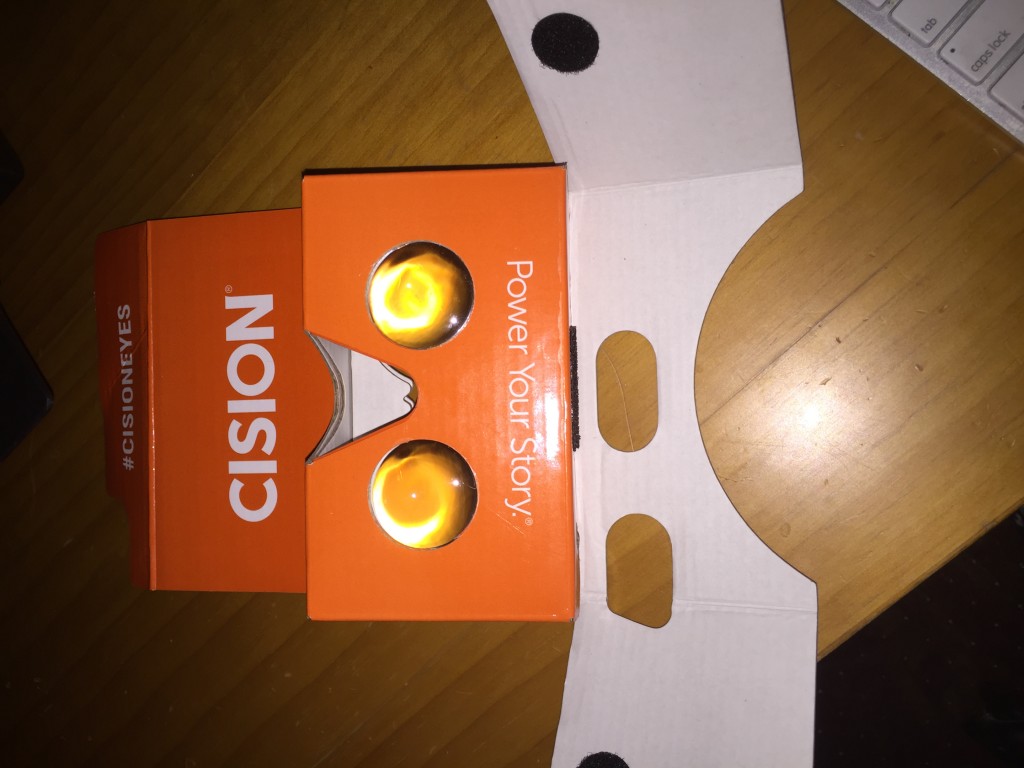 But I found some instructions on the back side and got to work on putting it together. 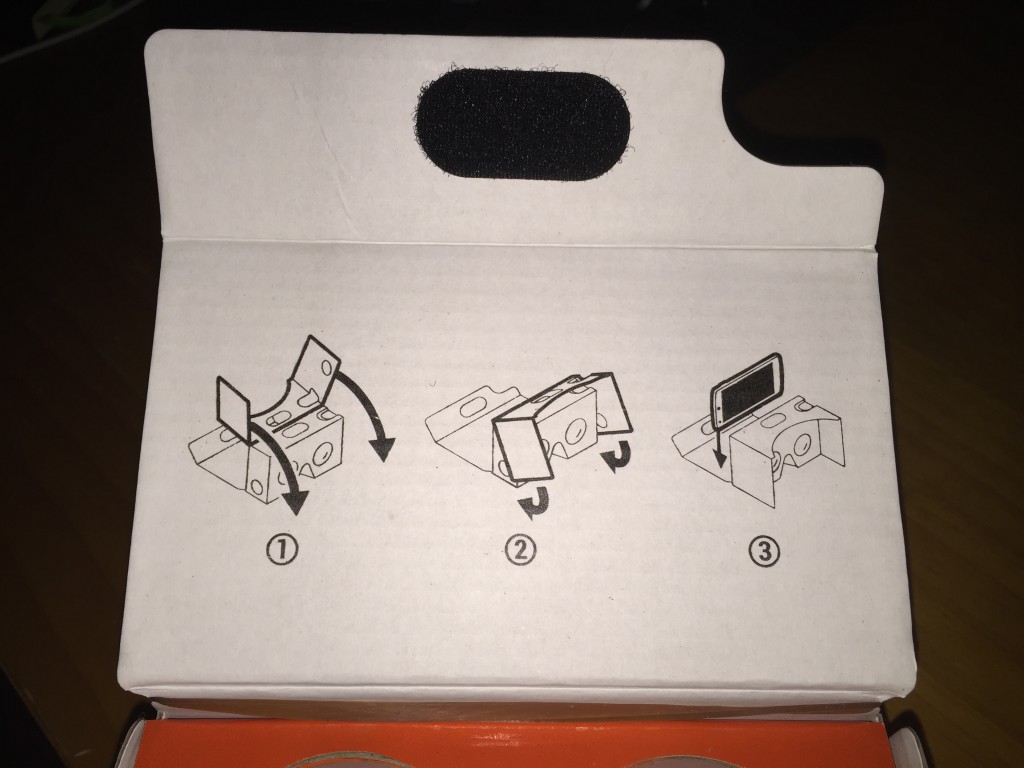 Turns out, it’s not a view finder at all, but a virtual reality headset to view VR content. 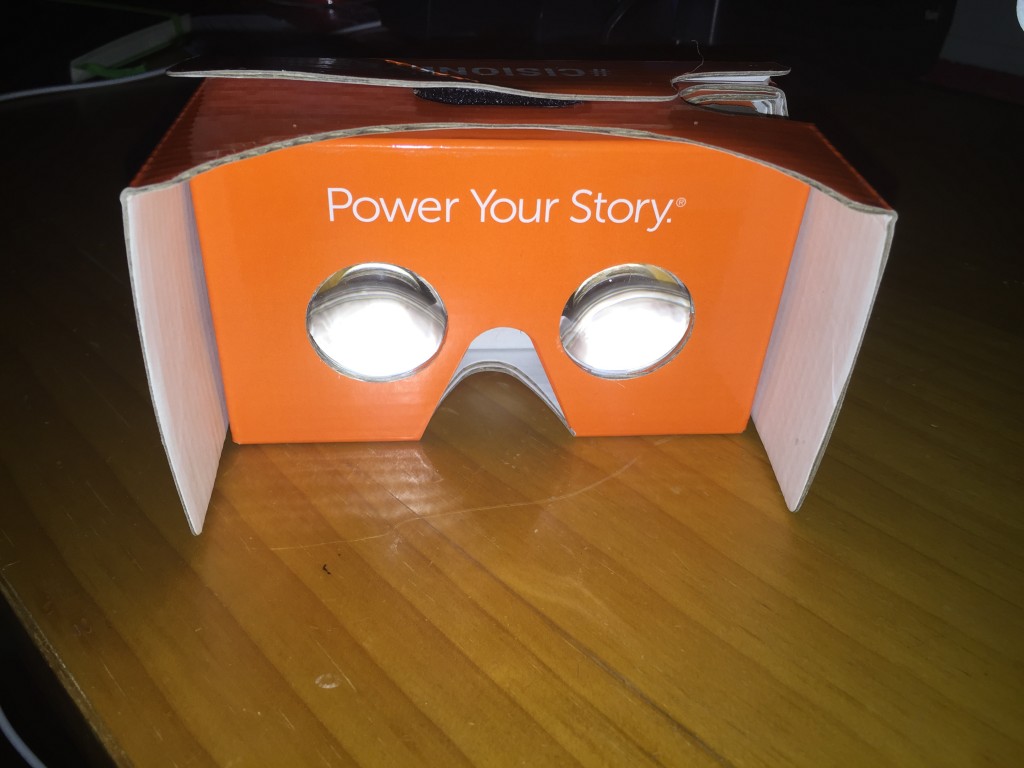 I let it sit on my desk for a week—because I wasn’t really sure what to do with it—but started playing with it on Friday.

IT IS SO COOL!

After I realized what Cision sent me wasn’t a fancy view finder, and that I had something in my hands that was pretty stinking cool, I began to do my research.

I first read, How to Get Started with Google Cardboard, and discovered I needed to download the Cardboard app on my phone so I could test out the VR content.

Then I inserted my phone and began to view. I looked around the jungle, I went inside a museum, I even went under the sea.

(Admittedly, it made me a little motion sick.)

As you turn your head, you can see what’s behind you and what’s to each side of you.

Imagine, if you will, you are checking out the Louvre through VR content. You walk up to the Mona Lisa and check it out, but then turn to your left and see paintings there. Then to your right, and the same thing. Then, you turn around and see a door, which leads you to even more art.

All in one experience. Without leaving your desk or your couch.

What Tools Do I Need to Create VR Content?

Now that you understand there is something here for storytelling and for content, let’s talk about what you need to do to add it to your content marketing plan.

There are some challenges with creating VR content, of course. A 360 video or photo is not really virtual reality, but it’s the best way to make it easy for all of us to build VR content.

As well, video shoots are totally different. There is no more telling the story the way you want it told by framing the shots and using the best lighting and so on. With VR content, it’s up to the viewer to watch the story as he or she wants. He can look around wherever and whenever he wants, which means the major plot points very well could be missed.

You must reimagine the narrative.

I can see VR content working in so many different ways:

I could go on and on. The point here is that, with a $20 cardboard kit from Google, a 360 camera (which isn’t as cheap, but a nice investment), and your imagination, you can begin creating VR content right this second.

What other ideas do you have for creating VR content?