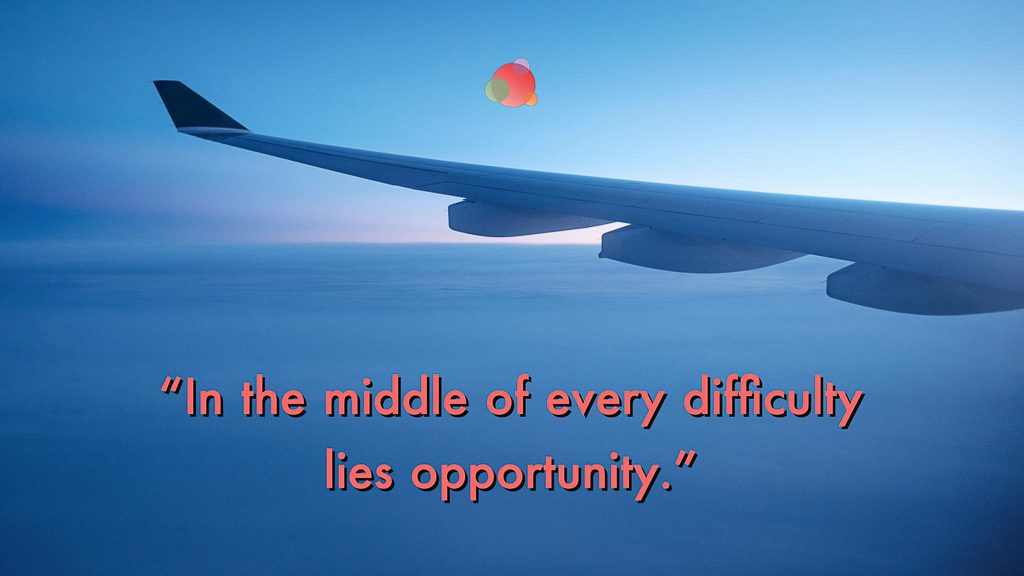 After a passenger was violently dragged from one of its planes, the airline handled the incident in the worst possible way.

Instead of managing the situation, the United executives turned it into a PR crisis.

Sometimes bad publicity can work, but this incident damaged the public’s perceptions and caused the airline a temporary, but steep, loss in value.

Though its stock managed to hit an all-time high just a few weeks later, polls show that the carrier barely ekes out a win an imaginary popularity contest against President Donald Trump.

The difference between companies that make a mistake and companies that seemingly don’t care about customer service is becoming more evident with every new social media post.

Could United have minimized the viral backlash if its team had used a little more brutal honesty? Perhaps.

There are several ways business leaders can respond after a disastrous situation.

Some strategies can win over your audience, but some can tank your company.

It’s critical to carefully consider the options before blindly responding to a PR nightmare.

When handling a PR crisis, a few mistakes can go a long way toward eliminating any chance for redemption.

Or at least the chance to garner any additional support from consumers.

Robotic responses are a clear step in the wrong direction.

Statements such as, “We stand behind our employees” might be honest.

But they offer no real stance on the incident and no compassion for the victims.

There are people on both sides of every situation, and consumers deserve a response that isn’t devoid of humanity.

Surface-level or legalese responses such as, “An investigation of the incident is ongoing” can also harm a company.

Corporate attorneys may require careful language, but such jargon is a barrier to clear communication, and that obfuscation damages trust because listeners assume you have something to hide.

If your business is facing a serious issue that has become public knowledge, address the issue head-on with clear language.

Otherwise there will be opportunities for rumors and widespread public opinion to replace actual facts.

It’s better to be honest about a mistake than to let misinformation run rampant.

Customers are more likely to go to a business they trust to be brutally honest, so it’s worth it to tell the truth from the start.

If you or your team has trouble communicating during a PR crisis, consider implementing communication training to prepare for what could happen.

It’s crucial to understand the different interpersonal elements of communication and the signals you or a teammate could send with the simplest of mistakes.

Learning from a PR Crisis

Feeling apprehensive about preparing for a possible public relations mess?

Following. are four quotes to boost your confidence and help keep your reputation intact.

In the middle of every difficulty lies opportunity—Albert Einstein

My company once had an employee whose job was to monitor our ad accounts.

He was to turn off the ads for each account once they reached our daily spending limit.

At one point, the employee failed to turn off one account, causing our spend to rocket through the roof.

Through the mistake, however, we learned that our consumers were more heavily engaged at a different time of the day than we were targeting—and we did profit from the additional ads.

I hope our company doesn’t repeat this mistake, but we wouldn’t have made that important discovery without it.

A word of encouragement during a failure is worth more than an hour of praise after success.—Unknown

After the above incident, my employee sincerely apologized.

Rather than ripping him to shreds, we had a sincere conversation.

I took the time to find out how the oversight happened and why he hadn’t been paying enough attention to the job.

He clearly regretted his mistake—there was no point in making it worse.

I also ended the discussion jokingly, telling him he’d have to break the news to the rest of the employees that our next holiday party would have to be at Chuck E. Cheese’s rather than everyone’s favorite steak house.

This, too, shall pass.—The Bible

Time heals all things, or so I’ve been told.

For every disaster you encounter, there’s always another waiting in the wings to become the next big headline.

You have to have a short memory.

You will always face unexpected, ill-timed setbacks; take the time to “grieve” the loss, move on, and be an example for everyone around you.

In my business, I can either seize opportunities and turn dust to gold.

Or I can contemplate the negatives and focus on how not to repeat the past.

When I wipe the slate of recent losses clean, focus on the present, and work toward the future, I rarely fail.

Failure is instructive. The person who really thinks learns quite as much from his failures as from his successes.—John Dewey

Imagine a world in which every person who experienced failure simply swept that event under the rug, determined to ignore it and its effects.

As children, we learn to walk after falling hundreds of times—and business is no different.

Every failure represents an opportunity to learn and grow.

When my employee failed to stop a running ad account, we learned a new fact about our customers’ engagement that has helped us succeed.

When Samsung customers’ Galaxy Note 7 smartphones started to catch fire, the company learned that a direct, upfront reaction to the situation would’ve been more effective than trying to keep the severity of the problem under wraps.

And United Airlines will have a chance to exercise what it’s learned its next PR crisis, like the ongoing legal struggle over the death of Simon the rabbit.

When you’re dealing with your next public relations crisis, remember these quotes and strategies.

Daniel Wesley is a Florida-based entrepreneur with a degree in nuclear medicine. He is currently the chief evangelist at Quote.com, inspiring his team one word at a time. You can find him on LinkedIn.

View all posts by Daniel Wesley