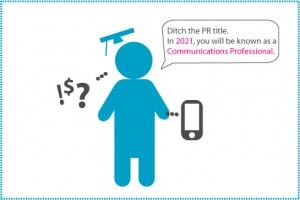 I think I might be in love with Procter & Gamble chief brand building officer Marc Pritchard.

He spoke at the PR Summit – put on by The Holmes Report – in Miami last week and what he said makes me want to kiss him.

During his keynote address, he used their “Thank You, Mom” Olympic campaign as an example of successful work led by their PR firm.

You know which one I’m talking about. The one that makes you cry every time you see it.

As a reminder, watch their two minute YouTube commercial, which you saw segments of during the Olympics.

While Pritchard spoke of this campaign, he said,

Was it marketing, PR, journalism, art? It was all of those things. I would argue, at its heart, it was public relations. This world we live in is your world. The world of facts, actions, and authenticity. This is your world, the world of PR.

However, he warned this is not a world in which most organizations are used to operating.

Customers Own Your Brand

Earlier this week, Wayne Hurlbert hosted me on his BlogTalk radio program and we talked about this very thing.

It used to be, organizations would hire communications professionals (or firms) to write their key messages, media train them so they knew what to say to reporters, even create the exact words to communicate to the world what they were about.

Today, though, you are no longer in control of your message. Your customers own your message, your brand, and even your reputation.

And, to that very point, Pritchard warns,

This is not a world in which most of your clients are used to operating. Instead, most are used to owning messages and media. We’re very used to talking about ourselves.

But we have a pretty big disconnect. We know organizations are used to talking about themselves, which doesn’t work in today’s 24/7 real-time digital space. But there is an even bigger problem because PR firm leaders describe the industry of the future  as what it really should be today.

Danny Brown pointed this out in his, “A Lack of Real Vision is Stalling the PR Industry.”

When asked to describe the PR industry of the future, many leaders described organizations that “communicate directly with stakeholders without having their messages filtered through traditional media.” Or…, “The successful firm of 2017… will be interested in relationships, not transactions. It will think about the long-term strategy, not short-term tactics.”

Doesn’t that sound like what should be the PR firm of today?

Based on his keynote, Pritchard agrees. He said the reputation of your organization is what others say about you and you have no control of that. The role of PR must change to help organizations figure out how to improve their reputations through direct customer contact, social media, the brand narrative, and as the executive producers of the brand.

He challenged communications professionals to take on the leadership role our discipline deserves.

This means you’re going to have to push back on us. Help us see the world through the eyes of reporters…through the perspective of audiences we must earn.

He recognizes it’s going to be an uphill battle, but one we must fight in order to get over our inferiority complex and really play ball.

It’s up to us. We have the ball in our court. Business leaders wants us to take on the role. Can we do it?