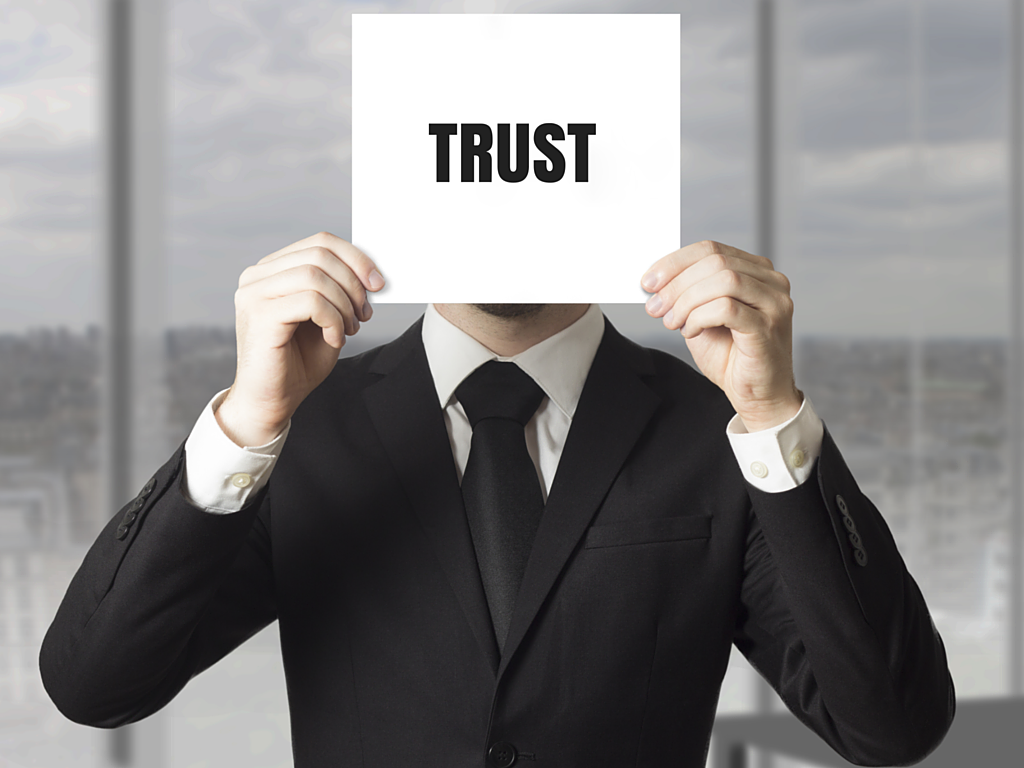 Trust. Can you think of a more valuable commodity in business?

It’s something I frequently talk about with clients.

You may make awesome widgets. You may provide an incredible service. It doesn’t matter what you sell: We’re all in the trust business.

That was a big part of the discussion recently at a luncheon put on by the Executives’ Club of Chicago.

Richard Edelman was on-hand to talk about the findings in his company’s latest edition of the Trust Barometer.

Okay, first thing’s first. The Executives’ Club is a client.

I just produced a series of videos for them… hence… how I got my ticket to this event.

What the Trust Barometer Shows

The biggest increase in trust hasn’t been in the media or NGOs or the government… it’s been in the private sector.

The general public wants businesses to lead the way when it comes to societal issues.

They want to know the person leading a business.

They want to know their values and where they stand on social issues.

Many of you who deal with CEOs are probably rolling your eyes right now.

They play things pretty close to the vest.

Unfortunately for them, this year’s Trust Barometer shows people believe opening up about personal values is important to building trust in a leader.

And it’s not just the general public who believes this.

It applies to the people working for the CEO as well… his or her own team members.

We Can Do This

Oh, how I love hearing that!

Edelman encouraged all the CEOs attending the luncheon to become their own media company… to tell their own stories.

Gini Dietrich has been preaching this for years.

He told the CEOs flat-out… the public doesn’t know who you are and you don’t talk about things important to them (values), so why should they trust you?

He said CEOs are looked at as a class, not people.

Can anyone think of a better way for CEOs to share their stories and the stories behind their business than video?

Video puts a real face on a company, and while there are many ways to do it… here are a couple.

First, if the CEO has some personality, let him or her show it.

Get out of the board room and out among the company’s team members.

Let’s hear about what they’re doing to make the world a better place.

I’m not talking about, “We donate to the United Way.”

That’s great, but what I’m talking about is highlighting things the company is doing to exact real change in the world.

Does the company have standards on the types of businesses they will work with?

Do they refuse to work with other businesses/governments that don’t treat their people well?

Where is the company taking a stand?

How is that stand changing the way others do business?

Is the CEO a little camera shy?

If so, empower other team members as company spokespeople.

It needn’t be another executive. It can be anyone.

Someone who works on the front lines, the receptionist, or someone in IT.

Who’s the person at the company everyone loves?

The person who puts a smile on everyone’s face?

That person can be the face of the company.

Highlighting the CEO, other team members, talking about big issues… it humanizes the company.

It’s not something that happens overnight. We’re talking about a long-term strategy.

The best part is we’re living in a time when businesses can do this themselves.

They don’t need the traditional media any more.

They can become their own media company and broadcast these stories.

It’s not a matter of can they do it.

The issue is, are they willing to make the commitment?

If they decide to, the data shows the public will respond.